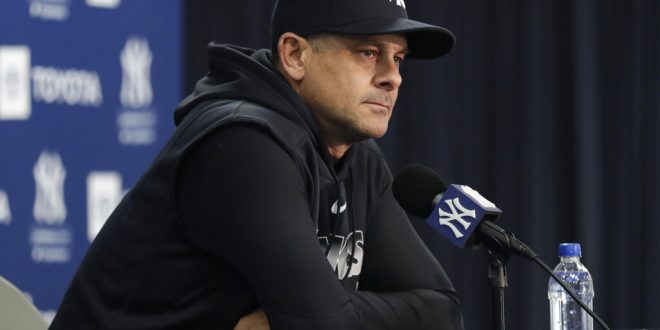 The 2021 MLB regular season is approaching a conclusion, and the AL wild card race is as tight as ever.  With just over two weeks left in the season, there are still five teams competing for two available playoff spots.  Currently, the Blue Jays lead the race while the Red Sox and Yankees are tied just a game back.  The Mariners are two games back, and the Athletics are two and a half.

The AL East is at the top of the AL wild card race.  As aforementioned, the Blue Jays own the top spot, while the Red Sox and Yankees are tied for second and are just a game behind first.  For the other two teams in the division, their fate is more clear.  As they have been for over a month, the Rays are leading the division.  They will likely win the division title for a second straight year.  Differently, the Orioles sit a shocking 42.5 games back.

Looking ahead, all three teams still control their destiny.  Still remaining on their schedule, the Yanks have a series against both the Sox and Jays.  Additionally, the Red Sox are currently in a series against the Mariners.  Whoever plays the best down the stretch will earn themselves a playoff birth.  If recent performances are any indication, the Blue Jays are the team to beat.

Both the Athletics and Mariners are on the outside looking in at the top of the AL wild card picture.  Even so, both teams have the remaining games necessary to make a push.  They are scheduled to play each other seven times during the seasons final stretch.  In order to clinch a playoff birth, one of the two clubs will have to dominate the majority of those battles.  Additionally, as previously discussed, the Mariners are currently in the middle of a three game series against the Red Sox.  They won by a score of 5-4 last night.  The remaining two games are vital to both teams playoff chances.

As all baseball fans know, the key to late season success is getting hot at the right time.  Both the Athletics and Mariners need to get hot, and hope its not too little to late.

The final game of the MLB regular season is on Oct. 2.  You can follow the standings here.

William Silverman is a junior at the University of Florida from Philadelphia who is interested in pursuing a career in business, communications and journalism.
Previous Raiders vs Ravens Recap: Game of the Year?
Next Energy Stays High as the Lady Panthers Take a Tough Loss