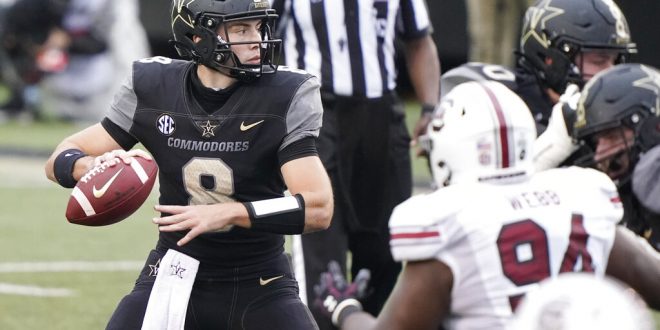 Stanford (1-1) will take on Vanderbilt (1-1) in Nashville on Saturday. Both teams, coming off wins, will look to improve their even records.

Stanford will look to keep the momentum going after upsetting the University of Southern California with a score of 42-28.

Quarterback Tanner McKee passed for two touchdowns and ran for another in his first collegiate start. The Trojan’s struggled with penalties, passing yards and defense as McKee led Stanford to victory.

Two days following the Stanford victory, USC football head coach Clay Helton was fired. Helton had been with the program since 2010, going 46-24 as the Trojan’s head coach. While no one has been named Helton’s replacement, the search continues. In the meantime, Donte Williams will step in as the interim head coach.

Vanderbilt head coach Clark Lea is excited to go head-to-head with Stanford. The Commodores secured a close win against Colorado state last week with a score of 24-21. Lea will look to get a fast start at home against the Cardinal.

Quarterback Ken Seals threw two touchdown passes and ran for another in their win over Colorado State. Coach Lea was happy with last week’s win after suffering a tough loss against East Tennessee State in week one.

Similar to Stanford, Vanderbilt will look to keep the momentum rolling and secure another win while playing in their home stadium.

Going into this weekend, Vanderbilt will be without center Michael Warren, who is out with a sprained ankle. Warren started the first two games and was replaced by Julian Hernandez.

Stanford and Vanderbilt have never faced each other before. Both teams will look to come out strong and secure a win for their respective program.

The game will be televised on ESPNU at 8 p.m.