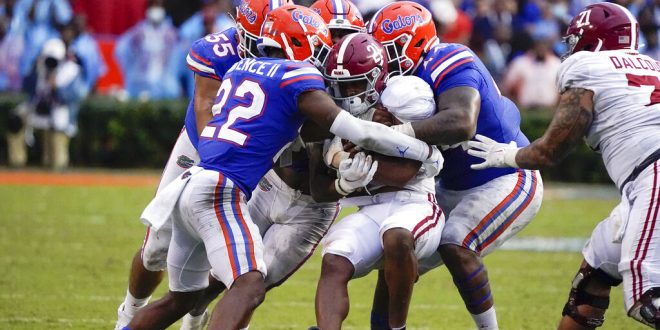 A failed two-point conversion was the only sequence standing in the way of a forced overtime against Alabama on Saturday. Crucial stops from the Gators defense lead by linebacker Jeremiah Moon almost initiated a comeback victory in the Swamp.

Todd Grantham’s defense buckled down and showed some backbone, even after a 21-3 hole to start the second quarter.

Additionally, the Gators were without  leading tackler from 2020, Ventrell Miller. The inside linebacker is out for the season with a torn biceps tendon.

Despite losing Miller, the Gators defense still held the Tide’s high-powered offense to 91 yards rushing. Without Miller, Grantham looked to the versality and leadership of senior linebacker Moon, who had five total tackles.

Additionally, Grantham said the Gators must continue to pay attention to details moving forward as they face off with Tennessee next.

Ask for the Moon

Heading into the year, Moon wasn’t sure what the future held for him this upcoming season as he entered unfamiliar territory. He was open to filling a role this past spring as he sat in the inside linebacker room, rather than playing outside linebacker where he is most comfortable.

Moon recently reflected on that transition.

Meanwhile, Moon knew he had to become more of a vocal leader Saturday in the absence of Miller, who has been a huge help for Moon in his first three games at a new position.

Miller is currently out indefinitely after going through surgery this past week.

A Night at the Ben Hill Griffin

Early on against the Tide, Moon acknowledged some defensive mishaps that contributed to the 18-point deficit to start.

However, Moon said focusing on adjustments instead of pointing fingers to one another was the key reason for their improved play for the remaining of the game.

Despite having difficulty relaying defensive calls to his teammates, Moon said the energy of the sold out crowd played a role to their success.

Unfortunately, the hostile atmosphere wasn’t enough to help Florida win. But the Gators hope that changes as the Tennessee Volunteers come into town as 20-point underdogs.

The Gators look to continue their eight-game winning streak against the Volunteers this Saturday at 7 p.m. 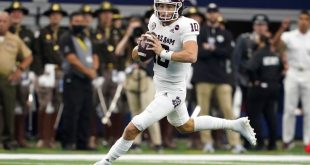