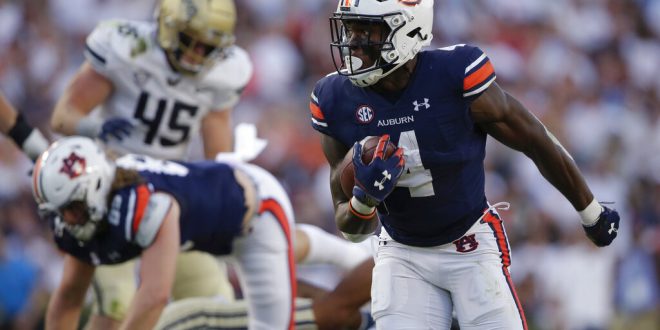 Auburn running back Tank Bigsby (4) carries the ball in for a touchdown against Akron during the first half of an NCAA college football game Saturday, Sept. 4, 2021, in Auburn, Ala. (AP Photo/Butch Dill)

Auburn is looking to get their third win of the season on Saturday. The Tigers started their season against University of Akron winning their second matchup against the team 60-10. Their second matchup was against Alabama State, and Auburn won 62-0. Their third matchup was against Penn State, and they fell short earning their first lost of the season 20-28.

Head Coach Bryan Harsin talks on how his team is staying focused after their previous lost against Penn State.

Georgia State started their season against the Army Black Knights and fell short in their season opener with a final score of 10-43. Their second matchup was against North Carolina, and they fell short 17-59. Their third matchup was against the Charlotte 49ers where they got their first win of the season with a final score of 20-9.

Head Coach Harsin talked on Donovan Kaufman and how he likes his focus and what he’s doing. He said Kaufman has an urgency and wants to be successful. He is still learning and has adapted to the team and continues to get better.

Coach also talked on Shaun Shivers and his injury update. He has been practicing and he said it is good to have him back. He’s a good energy guy and a good pick me up having him out there. While Owen Pappoe isn’t their yet he has been doing some things.