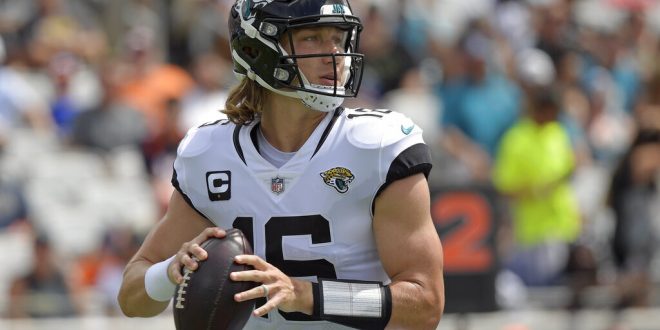 The Jacksonville Jaguars are looking to earn their first win of the season under first-year head coach Urban Meyer as they welcome the Arizona Cardinals Sunday. Meanwhile, the undefeated Cardinals are seeking a 3-0 start to the season.

The winless meets the undefeated

Wins have been hard to come by for the Jaguars. Jacksonville has struggled in its two opening games of the season, having now lost 17 straight games. Essentially, with a loss on Sunday the Jaguars are on their way to tying with the 1972-73 Houston Oilers for fifth-longest losing streak in NFL history.

Nonetheless, Meyer is echoing to fans to “hang in there” as the team continues to make adjustments.

A message for #DUUUVAL pic.twitter.com/fmB3RGRexX

Rookie quarterback Trevor Lawrence has struggled throughout his NFL debut, completing 42 of 84 attempts and posting 450 passing yards with four touchdowns and five interceptions. But patience is key with the Jaguars as Lawrence continues to adjust to the next level. Firstly, he looks to improve his running when the pocket collapses.

Secondly, connecting with wide receiver Marvin Jones Jr. will be key for the young signal-caller heading into Sunday. Jones Jr. currently leads the team in receiving with 132 yards, 11 receptions and two touchdowns. Furthermore, he is also the only Jaguar with a red zone or end zone target throughout the first two games.

Sunday will not be an easy day for Meyer’s rebuilding offense. However, that is not to say the Jacksonville Jaguars are not making any improvements. Jacksonville’s defense displayed some signs of progress in week two’s loss to the Denver Broncos.

Under new defense coordinator Joe Cullen, Jacksonville’s front has been applying much more pressure. The defense posted three sacks in their contest with the Broncos, improving from one sack logged in week one’s matchup with Houston.

Although, Jacksonville’s defense has allowed 591 passing yards and four touchdowns in two games. Ultimately, Sunday’s showdown should come down to the battle in the trenches.

The Jaguars are facing a dangerous Arizona team. Most importantly, Jacksonville is going up against a powerful offense led by quarterback Kyler Murray. The Cardinals are averaging 36 points a game under the young gunslinger.

The grind never stops.
Even if you're the NFC Offensive Player of the Week.@K1 x #RedSea pic.twitter.com/5QaFsBYNMg

Murray is making a strong case for MVP candidacy after earning NFC Offensive Player of the Week. This season, he has tossed 689 yards through two games with seven passing touchdowns and two rushing touchdowns. In addition, he is averaging 10.1 yards per pass attempt. With a cannon arm and dazzling mobility, the Jaguars will need to stay focused on Murray’s passing attack going into week three.

As the Cardinals travel to Jacksonville for week three, kick off is set on Sunday for 1:00 p.m. at TIAA Bank Field.

Tori Edwards is a fourth-year Telecommunications student specializing in News with an outside concentration in Sport Management. Tori works as an author and reporter for WRUF.com and is the voice of trendings on Monday afternoons on ESPN 98.1 FM - 850 AM WRUF. You can reach Tori at victoriaedwards@ufl.edu.
@ToriEdwardsNews
Previous Florida Soccer Picks up First SEC Win of 2021
Next Tampa Bay Buccaneers Prepare for Week 3 Matchup With Los Angeles Rams