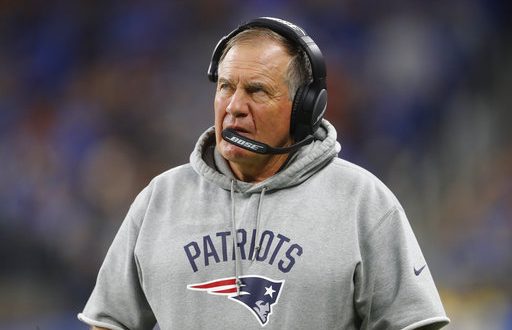 Tom Brady is anticipating his first homecoming to Foxborough with the upcoming Tampa Bay Buccaneers and New England Patriots game on Sunday.  His former head coach of 20 years, Bill Belichick, had no comment on Brady’s return.

During a press conference on Monday, Belichick faced multiple hard-hitting questions about Brady’s return. He avoided answering these questions by stating he had already addressed the topic, which is false as he has yet to speak about Brady’s first time playing in Foxborough for another team. He acknowledged his respect for Brady in a back-handed way, stating that he respects all that Brady has done solely for the Patriots.

Regardless, the amount of Brady jerseys in the Gillette Stadium stands on Sunday will be astronomical.

Brady signed with the Buccaneers in March of 2020, leaving behind arguably one of the greatest legacies in NFL history. In his 20 seasons with the Patriots, Brady won six Super Bowls out of nine Super Bowl appearances. Brady has continued to be successful in Tampa Bay. In his first and only season in Tampa Bay, he led the Buccaneers to a Super Bowl LIV victory.

Meanwhile, the Patriots rookie quarterback Mac Jones will look to rebound from a three-interception home loss against the New Orleans Saints.

Tune into ESPN 98.1 FM for the the live coverage of the Bucs-Patriots match-up at 7 p.m. on Sunday.