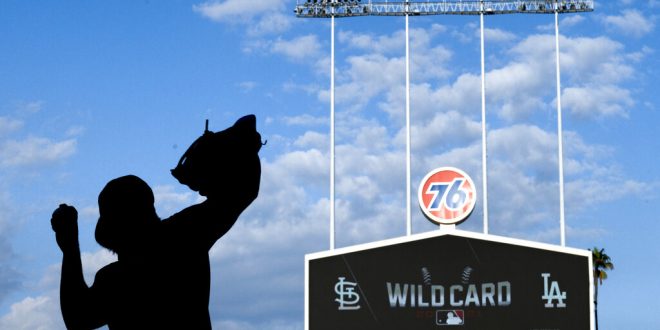 The 2021 MLB playoffs are finally here, and two hot teams are ready to go for the National League Wild Card Game. The Los Angeles Dodgers and St. Louis Cardinals will go head-to-head in the NL Wild Card Game to see who will advance to face the San Francisco Giants in the NLDS.

The Dodgers have won 106 regular-season contests and hold the second best record in baseball. Nonetheless, they lost their division in the NL West. Consequently, the Dodgers need to edge past the Cardinals to avoid starting their offseason.

Max Scherzer is set to start on the mound for Los Angeles in what should be an impressive pitchers-duel. This season, he has started 30 games and posts a 2.46 ERA over 179 1/3 innings.

Something has to give in Wednesday's NL Wild Card Game.

Meanwhile, he is entering tonight’s game coming off of his two worst starts since joining the Dodgers. However, Scherzer believes he is ready to bounce back and is leaving his past performances behind.

On the other hand, the Dodgers definitely have the advantage in pitching and hitting. They enter the postseason with a deep bullpen as well as patient, powerful sluggers such as Corey Seager. With a roster stacked with talent, Scherzer believes it will take contributions from every player to push the Dodgers to the NLDS.

The Cardinals enter tonight’s matchup coming off the longest winning streak in the big leagues this season with 17 games. Additionally, Cardinals legend Adam Wainwright gets the start and is feeling great heading into the contest.

Starting 32 games this season, Wainwright has logged a 3.05 ERA over 206 1/3 innings along with 7.6 Ks per innings pitched. Furthermore, the ace throws three pitches over 20 percent of the time in his curveball, upper-80s sinker and mid-80s cutter.

Above all, Wainright shared how he feels honored to have earned the start for tonight. However, he expanded upon how he is treating this start like any other.

As for tonight’s lineup, keep an eye on Tyler O’Neill, Nolan Arenado and Paul Goldschmidt who have been on hot streaks recently with each hitting 30+ homeruns this season.

As for the defensive side of the ball, St. Louis has the edge going up against Los Angeles. Wainright explained his confidence in the stellar outfield as they face some dangerous Dodgers sluggers.

Most importantly, Wainright emphasizes how the key will be to not get comfortable in the postseason as they face a talented Dodgers team with plenty of depth.

The NL Wild Card Game is expected to be a quality contest as the two hot teams are meeting at Dodger Stadium in Los Angeles, California.

First pitch for the winner-takes-all matchup is set for 8:00 p.m. ET and goes live on TBS.

Tori Edwards is a fourth-year Telecommunications student specializing in News with an outside concentration in Sport Management. Tori works as an author and reporter for WRUF.com and is the voice of trendings on Monday afternoons on ESPN 98.1 FM - 850 AM WRUF. You can reach Tori at victoriaedwards@ufl.edu.
@ToriEdwardsNews
Previous Jaguars owner Shad Khan says Meyer must regain “trust and respect”
Next Boston Red Sox Advance to Divisional Series