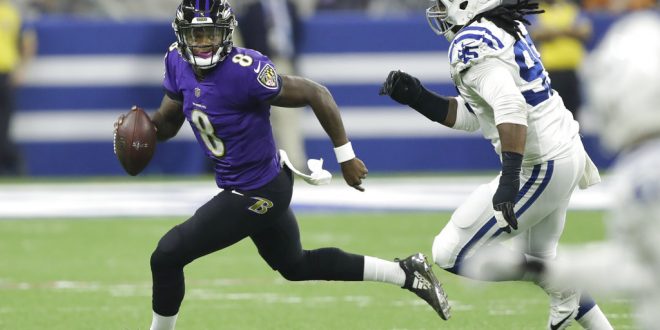 The Baltimore Ravens will host the Indianapolis Colts to wrap up Week 5 on Monday Night Football. The matchup between Carson Wentz of the Colts and Lamar Jackson of the Ravens should be a good one. The Colts will look to improve their 1-3 record to hopefully stay in the picture to play in AFC South. The Colts are coming off a Week 4 win against the Dolphins, but the Ravens have won three straight games since their season-opening loss against Las Vegas. Caesars Sportsbook lists Baltimore as seven-point home favorites.

Wentz is getting healthier after an injury earlier in the season and returned to full practice this week. He is listed as a full participant on the Colt’s initial Week 5 injury report that was released on Thursday. Wentz is averaging 34.5 passing attempts and 230 passing yards this season. Wentz posted a 115.1 passer rating against the Dolphins last week in their win.

Looking into the Colts’ Defense

Indianapolis has only had four turnovers in four games this season. The Colts defense is ranked 8th in the NFL and is looking much stronger than the Raven’s defense. The team has given up an average of 330.8 yards per game and only one rushing touchdown this season.

With two of their best offensive lineman out, the Colts will have to push for rushing attacks early on. The Colts elevated safety Ibraheim Campbell and defensive end Kameron Cline have been added to the active roster for tonight’s game.

Running back Jonathan Taylor and wide receiver Michael Pittman are key offensive players for the Colts.

Looking at the Ravens

The Baltimore Ravens are struggling with pass defense this season as they are currently 24th in the NFL. This will be a major advantage for the Colts tonight. This being said, the team ranks third in rushing yards in the NFL with 658 yards in only four games. Quarterback Lamar Jackson ranks sixth in net yards per pass attempt as a team.

More Information on the Game

The matchup between the Colts and the Ravens is set to start at 8:15 p.m at the M&T Bank Stadium. The game will be aired on ESPN.