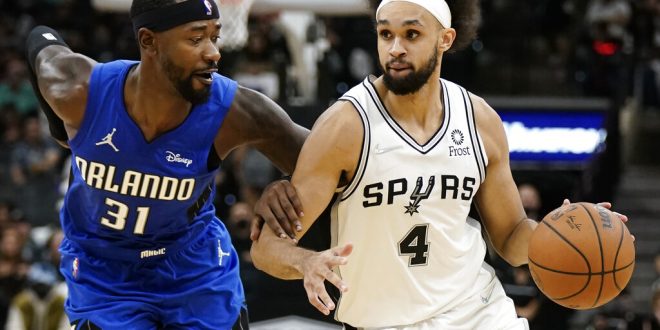 The Magic jumped up by seven points mid way through the first quarter and led 17-10. After their initial run, the Magic were outscored 113-80 over the remaining 42 minutes. Orlando lost every quarter.

The Spurs spread out their scoring as five players scored at least 15 points. Second year player Devin Vassell led the Spurs with 19 points off the bench. Lonnie Walker IV also chipped in 17 points from the bench.

Mo Bamba led Orlando’s scoring attack with 18 points. He would also grab four rebounds, dish out four assists, and deny four shots. The big man also showed off his range knocking down three shots from behind the arc.

With point guards Markelle Fultz and Michael Carter-Williams out due to injury, Orlando turned to Cole Anthony. The second year guard out of the University of North Carolina shot just 25% (3 of 12), scoring 10 points. While he grabbed five rebounds and had four assist, Anthony accumulated three turnovers.

Turnovers were not just an issue for Anthony. Bamba and rookie point guard Jalen Suggs each had three turnovers. That’s nine turnovers between Anthony, Bamba, and Suggs. The Spurs had eight turnovers as a team.

However, rookie Franz Wagner played well. He scored 12 points on 6-for-9 shooting, blocked two shots, and even got a steal.

The Magic look to bounce back on Friday as they host the New York Knicks at 7 p.m.

The Knicks are coming off of a double overtime win against the Boston Celtics. Former Magic guard Evan Fournier had 32 points and four steals in that game.

Trey is a third year sports media major at the University of Florida, and a WRUF reporter.
@@treyboogie5
Previous CJ Felder Looks Forward to Playing at UF
Next Astros Roll Through Fenway, Take Game 5 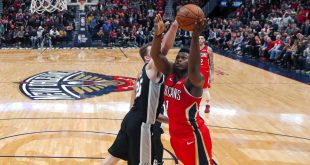