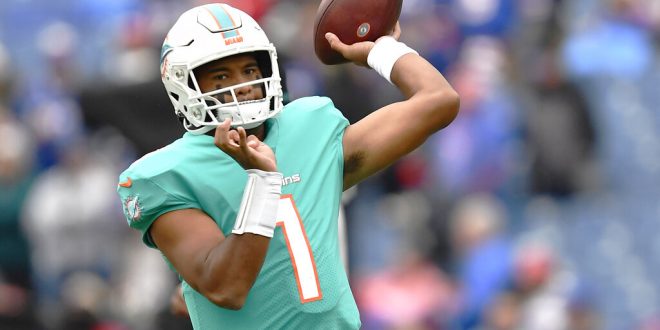 The Dolphins host the Texans for an equally-matched AFC battle

Week 9 of the NFL season has arrived. The Miami Dolphins (1-7) will face the Houston Texans (1-7) at the Hard Rock Stadium. The Dolphins are looking for a home win after a seven-game losing streak.

The Texans play the Dolphins this weekend 👀 pic.twitter.com/UhxtjE2sun

Dolphins and Texans: A matchup of bad statistics

Both teams are ranked in the bottom for nearly all NFL statistics this season and rank last in their divisions. The Dolphins lead the league for most yards given up. The Texans lead for fewest points earned out of everyone. Both teams have struggled with various elements of their team and have not been able to see much success. The Dolphins have yet to win at home this season while the Texans have yet to win on the road.

This will be the second game in NFL history where two teams with 1-7 records will face each other. Both teams have had quarterback dilemmas, but they also have not been able to gain any yards running whatsoever. They both rank in the bottom three in the entire NFL with fewest yards per game. The two teams allow for a combined 59.2 points per games. They also combine to score a mere 32.2 points per game.

The Texans’ quarterback, Deshaun Watson, asked in January to be traded from Houston. There was discussion regarding Watson going to the Dolphins, but after Tuesday’s trade deadline passed, Watson remains on the Texans. Within the past year, twenty-two women have filed civil lawsuits against Watson for sexual assault misconducts.

A week ago, the Dolphins and Texans were closing in on a deal for Deshaun Watson. Then, the Texans caught wind that Watson may be settling the 22 civil lawsuits. Then, the asking price went up. Then, the talks cratered. https://t.co/5q5et4T5Se

No criminal charges have been filed against Watson. The Dolphins decided to not move forward with the trade because of the unsettled legal claims. Though Watson is not suspended by the league, the Texans have placed him on the inactive players list. Tyrod Taylor was labeled as the starting quarterback. Taylor led the Texans to their Week 1 victory but was injured in the first half of Week 2.  He has yet to play since due to a hamstring injury, but is said to start this Sunday.

Davis Mills was their quarterback for the past six games and has had a tough time against their opponents. Mills has shown improvement but has a ways to go. He threw four intercepted passes against the Bills, but went 21 of 20 overall for 312 yards against the Patriots. Taylor has played in far fewer games than Millis, but he has completed 70 percent of his passes for 416 yards and three touchdowns with no interceptions.

The Dolphins relying on a rookie

This Sunday the Dolphins will need to use rookie wide receiver Jaylen Waddle to their advantage. In his first eight games, Waddle has 48 catches tying him for second most by a wide receiver in NFL history in that timeframe. When Waddle is targeted, he will produce. In their win against the Patriots, Waddle was thrown to five times, four of which he caught and scored a touchdown.  If the offensive line can do their job well, Waddle can excel and the Dolphins can why they really used their sixth pick in the draft on him.

The biggest issue the Dolphins face with their offense is quarterback Tua Tagovailoa‘s passing opportunities. He hasn’t had a touchdown pass longer than 10 yards this season and only five completions of 25 yards or more. If Tua is able to use his passing game more and continue to connect to Waddle, the two of them can create a dominant offense that will be hard for the Texans to stop.

tua to waddle with a man in his face. first down. pic.twitter.com/eY1p81udTv 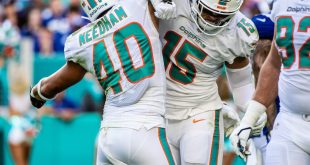