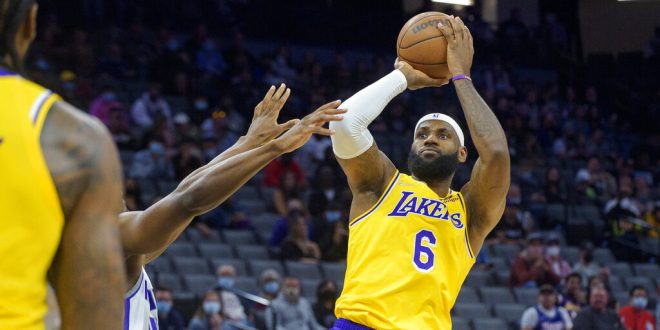 The Los Angeles Lakers have endured plenty of criticism after a 12-12 start.

A new roster already posed challenges, and those issues worsened when LeBron James, Trevor Ariza and Kendrick Nunn dealt with respective injuries. James has played in only 12 games this year, while Ariza and Nunn haven’t made their season debuts yet.

The main person getting blamed for the poor play has been head coach Frank Vogel.

Part of the Job

LeBron James was asked about Vogel after practice on Monday and did not hold back.

James also failed to answer the second part of a reporter’s question, where he was asked to “evaluate” Vogel’s coaching. He added that the Lakers “don’t mind some adversity” or “people saying things about us” because it “comes with the territory.”

"I believe in what we're capable of doing…we've had guys in and out, especially me." LeBron James is confident in this #Lakers team to play through adversity and reach its full potential. pic.twitter.com/7r8CytATly

We are a Team

While many are quick to blame head coach Frank Vogel for the team’s struggles, Lakers star LeBron James defended him while speaking to reporters Monday.

The Lakers currently rank 17th in defensive efficiency and 22nd in offense. They’ve dealt with a rotating roster due to a number of injuries, including James, who recently missed eight straight games due to an abdominal strain.

The four-time NBA champion on Monday also expressed confidence in the Lakers’ roster. James said he believes in his team and what they are doing.

The territory, anyone would acknowledge, could get rockier. The Lakers are 12-12 and hosting Boston on Tuesday before playing five of their next six games on the road. Once they get back to Los Angeles, they’ll have Phoenix and Brooklyn waiting for them to bookend a three-game homestand.

Vogel said the pressure with this job isn’t different then what he’s already felt in his career.

He knows criticism is part of the job and he is accustomed to it.

Vogel acknowledged Monday that Kendrick Nunn almost certainly would miss all of December because of a bone bruise in a knee, postponing his Lakers debut to 2022.

Frank Vogel has taken a lot of criticism this year, but both he and LeBron James understand that's part of being a member of the Lakers.https://t.co/CN5Htq371P pic.twitter.com/XSevyPKAsu

The Los Angles Lakers continue to look to improve this season. They enter tonight sitting at .500 and will face their biggest rival for the second time this season when the Boston Celtics hit the court.

The Lakers will look to even the season series tonight at 7:00 P.M.