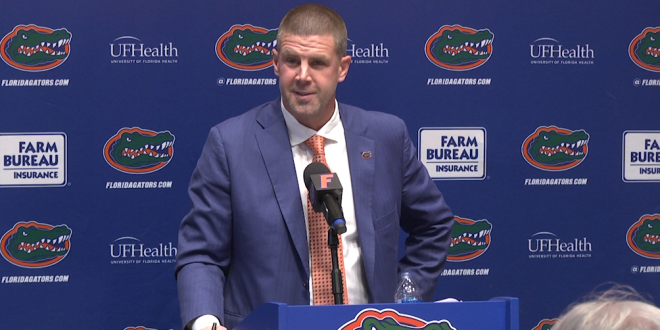 Since their loss in the Gasparilla Bowl, there has been plenty of news regarding the Gators. Here’s some of the latest updates about the Florida Gator Football team.

A First-Team All-American in 1998 who won a national championship with the program in 1996, is expected to return to his hometown for a new job.

Former Gator Football linebacker Mike Peterson will return to the University of Florida as the outside linebackers coach.

From the years 1995-1998, Peterson started in 24 out of 42 games and recorded over 200 tackles. He then was a second-round draft pick for the Indianapolis Colts in 1999 and played six seasons with the Jaguars.

It was reported that Head Coach Billy Napier was targeting four NFL assistants for the remaining positions on his initial Florida staff. This new addition to the staff will help to put the program back in the right direction at the linebacker position.

Linebacker Mohammoud Diabate, Florida’s second-leading tackler this past season, transferred to Utah. Diabate exclaimed on Twitter his gratitude for the Gator Nation.

I’m incredibly thankful for the past 3 years here at the University of Florida. Thank you to all who invested their time into me during my time. I appreciate all the fans of Gator Nation and the support throughout my time here in Gainesville, I will always be a Gator. pic.twitter.com/tf8OsEaVER

He will return to The Swamp for next season’s game opener when the Gators take on Utah.

One of the team’s best pass rushers and another linebacker Khris Bogle transferred to Michigan State. Bogle made his announcement via Twitter as well, stating that he is moving on to the next chapter in his football career.

He entered the transferring portal on Dec. 1 and made his decision shortly after visiting the program and university.

Starting off strong, Billy Napier was able to secure the bag with IMG prospect and five-star safety, Kamari Wilson. Florida’s new top recruit is the No. 2 safety on the 247Sports Composite List.

Shemar James is another recruit that was iffy about joining the Gator Nation. He committed and then de-committed when things got rocky for the Gators in October. The 6-foot-2-inch linebacker should immediately compete for playing time in Florida’s defense as a true freshman.

Previous Ondrej Palat reaches 400 career points in Lightning’s 7-2 victory
Next What’s Next for Baker Mayfield and the Browns? 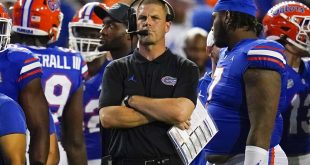