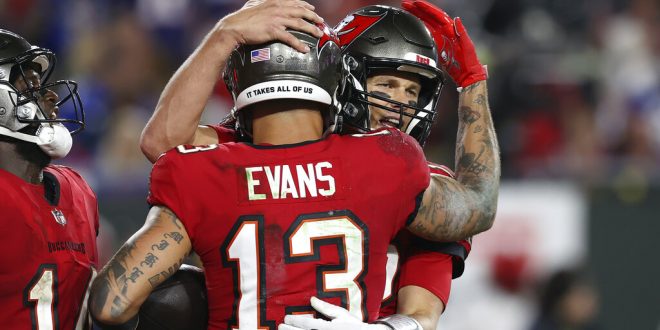 The Los Angeles Rams have advanced and are off to play the Tampa Bay Buccaneers at Raymond James Stadium.

In Week 3 of the regular season, the Rams defeated Tampa at their home stadium 34-24. At the end of the day, the Buccaneers ended up with the conference’s second playoff seed and finished the regular season ranked higher than Los Angeles on offense and defense in terms of both yards and points.

Tight end Rob Gronkowski, who suffered a ribs injury in that game that cost him the middle of the season, simply didn’t play well enough that day but know what they need to do to be better in the rematch.

Both teams’ kickers are good, but the Rams aren’t typically great at forcing punts. Another similarity with these teams is that they’re both pretty disciplined with few flags being thrown.

The Buccaneers won Super Bowl LV and were just as aggressive in retaining every potential free agent and bringing all of their starters back for a chance to run it back. Both strategies have worked well enough to get these two teams on the doorstep of the conference championship game.

Neither team wants the ride to end now.

Due to the offensive line injuries for the Bucs- it could affect this matchup. According to the NFL network, Tristan Wirfs is “a long-shot” to play against the Rams.

Bruce Arians speaks on the loss of Wirf’s for this game and how the team will perform.

Moving onto one of the Rams key players, Aaron Donald. He not only affects the offensive line but also the receivers. After bad behavior on the field against the Cardinals, the NFL hasn’t decided to let Donald face the consequences so he will be in fact be on the field and a threat to the Buccaneers on Sunday.

The Rams also didn’t have Beckham or Miller when they beat the Bucs in September, so those additions will definitely make a difference to the team’s performance.

Previous Clash of the Titans (and Bengals)
Next Can the Lakers Turn Around Midseason Struggles?