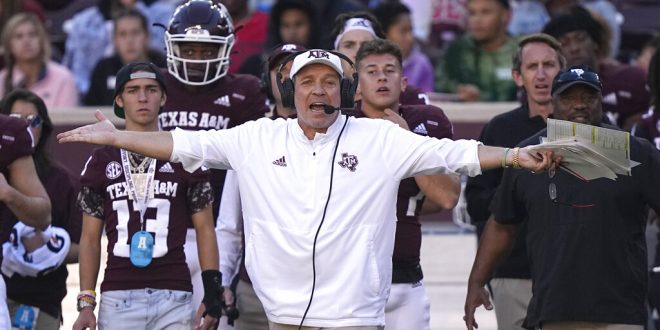 College football’s national signing day has come to a close. The SEC had a good haul of players with Texas A&M, Alabama and Georgia taking the top three class rankings, respectively, according to 247Sports. The Florida Gators have the 19th ranked class.

Despite recruiting the number one class in the nation, Texas A&M head coach Jimbo Fisher spent a lot of time defending his team and recruits from critics. Fisher’s program received accusations that money is the cause for the success in recruiting.

Fisher specifically called out an anonymous board poster by the name of “Sliced Bread” who said Texas A&M has $30 million in NIL deals at their disposal. Additionally, Fisher called these accusations a joke and “insulting”.

Aside from the controversy, Fisher was able to land the number one class in the country. Fisher said he has a great class but it is all about how the players play on the field.

The changing of the coaching staff did not hinder the Florida Gators success in recruiting on national signing day. Additionally, Florida head coach Billy Napier emphasized the importance of depth in his team.

Billy Napier is not only happy with the program’s recruiting, but also their success in the transfer portal. He previously coaching at University of Louisiana. Some of Napier’s former players entered the portal and followed him to Florida. Napier said he is happy with the new additions to his team as all positions.

Jensen Young is a journalism student at the University of Florida. He works as a sports writer for WRUF.com and is the voice of trendings on Wednesday mornings on the WRUF radio station.
@Jensen_Young9
Previous Arkansas Walks Away with a Win Over Georgia
Next Gators women’s hoops hosts Tennessee