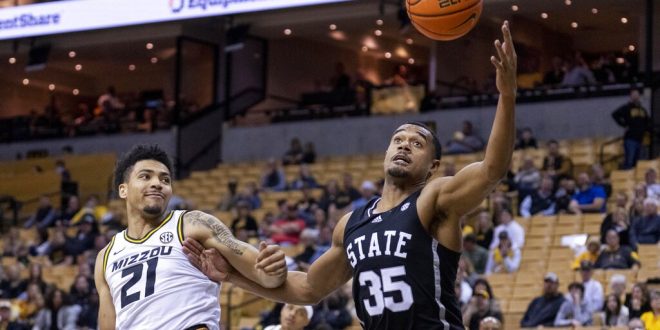 The pressure is on as the No. 5 Auburn Tigers take on the bubble team Mississippi State Bulldogs Wednesday in a matchup at 9 p.m. in Starkville. The Tigers are 25-4 while the Bulldogs are 17-12.

Mississippi State As a Bubble Team

The Bulldogs are tied with LSU for seventh in the SEC and are hoping to secure a playoff spot as they balance on the bubble.

Bulldogs coach Ben Howland said his team is excited for the upcoming game.

“We know how good they are,” he said. “They’ve [Auburn] been in the top five for most of the year. They have a great team with the top front line in All-Americans.”

Forward Garrison Brooks is one to watch out for in the matchup.

Howland said Brooks is consistent with the rebounds and scoring. Brooks averages 11 points per game this season, with his season high being 18 against South Carolina on Feb. 2. The 6-foot-9-inch graduate student has had a season high 11 rebounds.

“He’s a great leader in the locker room and on the floor,” Howland said. “He’s been really great for our culture.”

Smith has 208 points this season averaging 13 points per game. He has a season-high 22 points scored against Vanderbilt Feb. 26.

Auburn As a Threat

The Bulldogs are looking for a Quadrant 1 win against Auburn that would give them a chance of making it to March Madness.

Auburn head coach Bruce Pearl said he feels the tension going into this game and understands how much the Bulldogs are riding on it.

The Tigers are No. 1 in the SEC with a 13-3 conference record. If they score the win against Mississippi State Wednesday and a win against South Carolina Saturday, they’ll secure the regular-season SEC title, the fourth time in program history.

“How important is it to make history around here?,” Pearl said. “It’s the first thing you see when you walk into our locker room. To win our league this year where the league is as good as it’s probably ever been, that’s historic.”

Star Jabari Smith is expected to bring the heat Wednesday after putting up 27 points against Tennessee Feb. 26. He averages 16.5 points per game and scored a season-high 31 points against Vanderbilt on Feb. 16. The freshman forward has a season high 12 rebounds made against Oklahoma on Jan. 29.

The Tigers play South Carolina Saturday to wrap up the regular season, and the Bulldogs play Texas A&M Saturday.