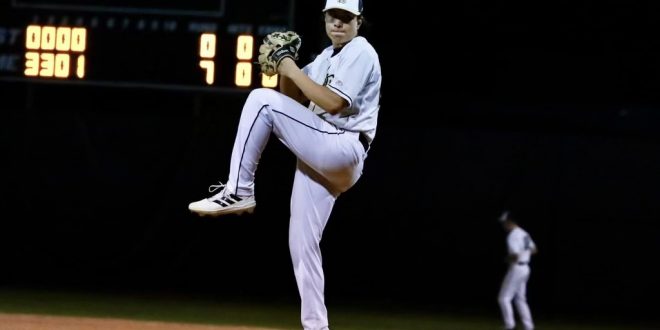 Leon has lit up the scoreboard in every game this season thus far.

The Bobcats have started off on a strong note, winning their first three games by an average margin of victory of five runs.

William Collins leads the team with a 0.636 batting average as well as a 0.6667 on base percentage. Ty Robertson has come out blazing to start the year, leading the team with six strikeouts while allowing zero runs in five innings pitched.

In their previous game, Robertson surrendered one hit through five innings of play. The bats came alive for the Bobcats in this matchup as six different players recorded a hit. Donny Hiebert went two-for-two from the plate, while also recording two RBI’s and two stolen bases.

While Buchholz has had a solid start to the season, it now must travel to Tallahassee to play Leon High School.

The Lions are coming off of a dominating 15-0 mercy rule blowout against Rickards High School (1-2). The Lions recorded eleven runs in the third inning. The game was mercy-ruled in the fourth. This was the third game of the season that the Lions have recorded double-digit runs.

The Lions’ hitting has been very strong to start the year, with six different players riding batting averages of .500. The Lions have recorded eight or more hits in three out of four games, two of them finishing in the double-digits.

Chase Davis has impressed on the mound for the Lions, allowing only four hits through six innings pitched this season.

If the Bobcats hope to win, it will come down to how explosive their hitting will be and how many runs they can generate against Leon.

The two 6A District 2 heavyweights will play Thursday, March 3 at 4:30 P.M. at Leon High School in Tallahassee.