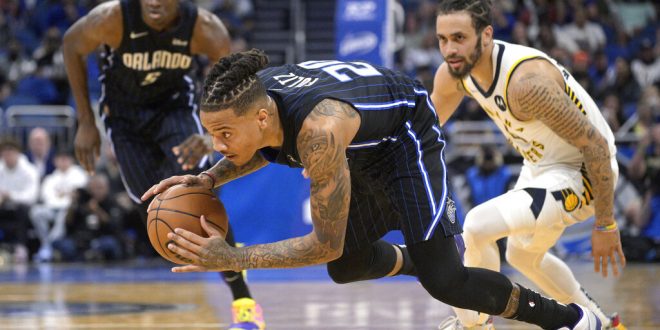 The Orlando Magic suffered a loss to the Indiana Pacers, 122-114, at home on Wednesday evening. The Magic entered the fourth quarter with a solid lead of 15 points, only to be closed by strong play from the Pacers. With the Pacers heating up late, overtime only hurt the Magic even more. By the end of overtime, the Pacers added 12 points to their total, allowing an eight-point win over the Magic.

Franz Wagner’s strong play through the middle of the game secured an early game lead for the Magic. Wagner led the team by points with a game total of 28. Wagner also put up six rebounds and one assist. Wendell Carter Jr. added to strong play with 18 rebounds and five assists. Carter was also a key player in their previous game against the Pacers. The last time they went head-to-head he led the team in both points and rebounds.

It marked his sixth consecutive double-double

This is Orlando’s first loss of the season to Indiana. The Magic are still trying to build momentum after a rough end to their last season. Having had a flood of injuries creep through the team last year, a less-than-ideal season was much out of their control. The most tragic was losing key player Markelle Fultz due to an ACL injury. Their previous game against Indiana was Fultz’s debut game since the injury and creates a whirl of hope for the Magic. Even with a limited game time of 15 minutes, Fultz put up an impressive 11 points, three rebounds and two assists on Wednesday. Now the Magic just awaits the unleash of Jonathan Isaac. Also suffering an ACL among other injuries, Isaac has no set return date to the court. Since it has been well over a year since his injury, hopes are high for a return this season.

The Magic now hit the road for their next two games. Up next they play the Toronto Raptors on Friday at 7:30 p.m., which is a rescheduled game due to health and safety issues late last year. The last time the Magic faced the Raptors, they suffered a narrow one-point loss. With Fultz back on track, Orlando will be looking for redemption on Friday evening.

Previous Auburn Pulls Away Late Against Mississippi State
Next No. 14 Arkansas Secures a Close Win