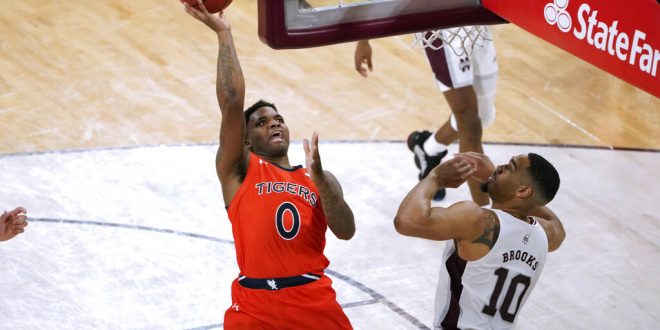 The win on Wednesday night solidified at least a share of the regular-season SEC championship. This is the Tigers’ fourth time achieving this since the 2017-2018 season.

The 14 wins in conference play mark the most since the 1999 season for Auburn.

In a game where Auburn came in losing two of their last four, they were desperate to get back on the right track. In the win, Auburn was also able to break a three-game losing skid on the road.

Naismith Player of the year candidate, Jabari Smith, would not allow the Tigers’ to lose. Smith opened the game with a three-ball en route to his 27 points on 9/13 shooting.

Mississippi State ended the first half with a boost of momentum and was able to stretch it over to the second half to form a 32-10 run. After the massive run, the Bulldogs were able to retake the lead with 8:45 left.

Auburn refused to back down. After going back and forth the rest of the regulation, Smith tied the game with a three in the final minute of regulation.

Smith had a chance to win it at the buzzer but missed the shot to send the game to overtime.

After being held in check during regulation, Johnson went on to score the first 10 points of overtime and 12 of his 14 of the game during that span. The Tigers would go on to outscore Mississippi State 20-7 in overtime.

Mississippi State was led by Tolu Smith who led the team scoring 22 points, and Iverson Molinar who contributed 14 points and five assists.

Auburn will close out its regular season on Saturday when it hosts South Carolina.

Mississippi State concludes its season with a trip to College Station to face Texas A&M on Saturday as well.

Both teams look to finish strong heading into the SEC tournament.