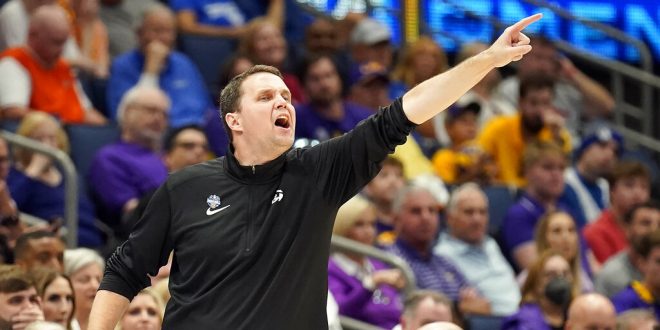 In the past few days, there has been quite a few changes to the SEC Basketball coaching landscape. Four coaches have been fired. Will Wade is out at LSU, Cuonzo Martin is out at Missouri, Frank Martin is out at South Carolina and Tom is out at Crean at Georgia. Georgia has already found their replacement in Florida’s Head Coach Mike White, making five coaching changes in the SEC.

LSU announced on Saturday that Wade was out as head coach after a notice of allegations from the NCAA. In 2017, Wade was caught on a wiretap discussing paying players to come to LSU. He was suspended by the school before the 2019 NCAA Tournament, but he was reinstated in April, after his contract was restructured to allow the school to fire him with cause should he be proven to have committed major violations. With the notice of allegations, Wade was terminated for cause, meaning the university doesn’t intend to pay him another dollar. As the school begins their search for a new head coach, assistant coach Kevin Nickelberry will lead the No. 6-seed team in the NCAA Tournament.

Almost three years to the day that Will Wade’s attempt to buy a player went public, LSU has realized that may have been against the rules. https://t.co/5FgSnB0zsI

Missouri is searching for consistency, which they never received under Martin. He leaves with a 78-77 record in five years, 35-53 in the SEC. His first season the Tigers made the NCAA Tournament but lost in the first round. His next two seasons he finished under .500. Last season, the Tigers reached No. 10 in the national polls at one point, but upon making the tournament, they lost in the first round. This season the team finished 12-21 and that proved to be the breaking point as Missouri announced the firing Friday evening. Sources say Missouri began informally gauging interest of a few potential candidates as far back as late January.

Been fortunate to be in this business for 22 years.

Not sure I’ve ever covered a better human being than Cuonzo Martin.

The sport of college basketball is much better with him than without him. Hopefully he finds a good landing spot.

After ten seasons with South Carolina Martin is out as head coach. Martin went 171-147 during his time in Columbia including going 79-99 in the SEC. He made the NCAA Tournament once in 2016-17 where he led the team to their only Final Four appearance. However, since that appearance, the team has had little success.

Martin will have options at other job openings this year if he wants them. South Carolina will begin their search for a new head coach with names like Mike Boynton, Dennis Gates, and Dustin Kerns being discussed as replacements.

Georgia parted ways with Crean on Thursday after four seasons. During his four seasons, the team was never successful in the SEC and never came close to the NCAA Tournament. The Bulldogs finished the season with a 6-26 record, the worst in program history. They also finished last place in the SEC with a 1-17 record. Georgia found a replacement quickly in Florida’s Head Coach Mike White. White won six NCAA Tournament games in seven years at Florida. Georgia has as many tournament wins as a program dating back to 1983.

Mike White is an upgrade from Tom Crean. Out of anyone who Georgia realistically could’ve landed, best coach to get things turned around quickly. In seven seasons at Florida, he never finished below .500 in the SEC! #GoDawgs

Coaches on the hot seat…

Previous Jaguars Go On Spending Spree
Next Braves All In for Olson: What about Freddie Freeman?