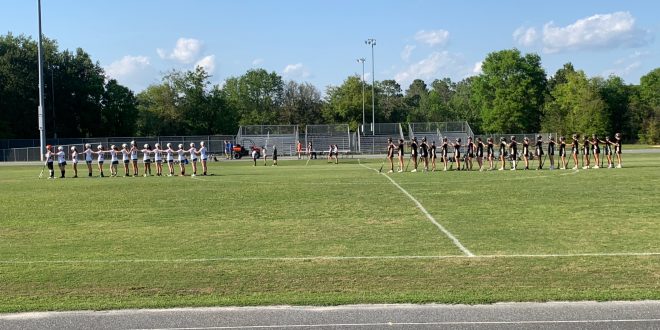 The Eastside Rams girls lacrosse team hosted the Buchholz Bobcats Monday night and came away disappointed. The Rams had lost their last four games coming into this one by a combined score of 77-4.  Buccholz, on the other hand, had won two of their previous three going into their matchup with Eastside. Coming off spring break, Eastside had not played a game in two weeks, and some of their rust showed. At the final whistle, the Bobcats came away with a victory; shutting out the Rams with a final score of 19-0.

Starting strong, Eastside midfielder Teya Broad-Wright controls the first draw giving Eastside the first possession of the game. After two possessions and goals by the Bobcats, the Rams control another draw, which after a quick turnover, leads to a Buchholz goal. It was all Buchholz from there with the exception of a few short-lived Rams draw controls. They just couldn’t keep the ball in their sticks. Eastside backup goalie had zero saves and allowed 13 goals by the Bobcats just in the first half.

Not much changed for Eastside as their first-half woes continued into the second. The Rams struggled to take possession, and when they got the ball, they struggled to keep it. Buchholz controlled possession of the ball for most of the second half, which led to some frustrations being shown by Eastside.

Buchholz played extremely well throughout the game. They passed the ball very efficiently while not allowing Eastside a glimpse of it. The Bobcats slowed their pace in the second half as they did not want to run up the score. They continued to make runs toward the goal but when they got in position to shoot, they turned back.

One bright spot for the Rams in the second half came when senior attacker Amrutha Agarwal made a fantastic run to get into position to shoot. Sadly, she was turned away by the Buccholz goaltender who made a great save. In the end, Eastside was outmatched and fell to the Bobcats 19-0.

The Rams get a rematch against the Santa Fe Raiders at home Tuesday night at 5:30 p.m. This will be their second matchup of the season, the last ending in a devastating 21-0.

Previous New Kid On The Block: Jack Kuzmicki and His Immediate Impact on Oak Hall Baseball
Next Cavs Outplay The Magic 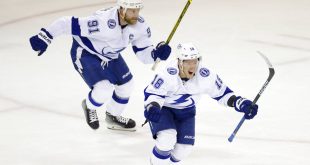