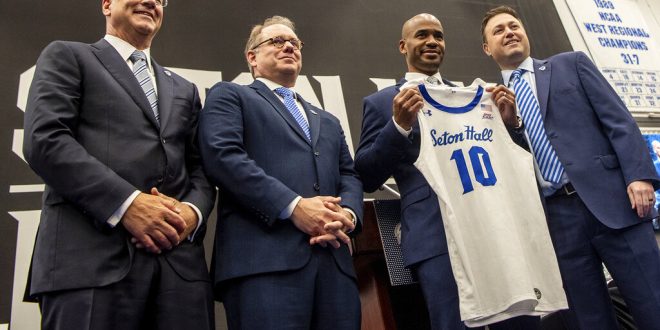 Shaheen Holloway, was officially introduced and hired as the news men’s basketball head coach for Seton Hall on Thursday.

He was previously the head coach for Saint Peter’s Men’s Basketball as they went on a historic run through the NCAA tournament reaching the Elite Eight as a 15 seed. This was the first time this has been done in the history of the tournament. He replaces former Seton Head Coach Kevin Willard who was named the new head coach for Maryland Men’s Basketball.

Holloway is being signed to a six-year contract that will have a base salary of $2.4 million, previously he was making $300,000 for his time at Saint Peter’s.

Holloway is set to return to his alma mater. He was recruited and attended Seton Hall playing for four years from 1996-2000. During his time at Seton in 2000 the Pirates reached the Sweet 16 defeating both No. 7 Oregon and No. 2 Temple in the first and second rounds, but falling to No. 3 Oklahoma State in the third round. During his time at Seton, Holloway left his mark becoming the teams leading scorer during its tournament run. He was also selected for the Big East All-Rookie team and for the All-AAC second team.

After his time in college Holloway declared for the draft in 2000, however, he went undrafted and was invited to Summer League teams by both the New York Knicks and Washington Wizards. He was eventually drafted into the United States Basketball League and played professionally in Israeli. He played until 2007, when he became the assistant coach for Kevin Willard at Iona College.

During his time at Saint Peter’s, the Peacocks had a 64-57 record across the four years he was head coach. This season was the only in which Holloway had a NCAA appearance during his tenure with the Peacocks. They were eliminated during the Elite Eight by Final Four team, UNC. Also becoming the 2022 MAAC Tournament Champions and 2020 MAAC Coach of the Year. 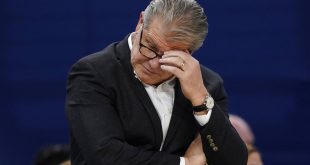