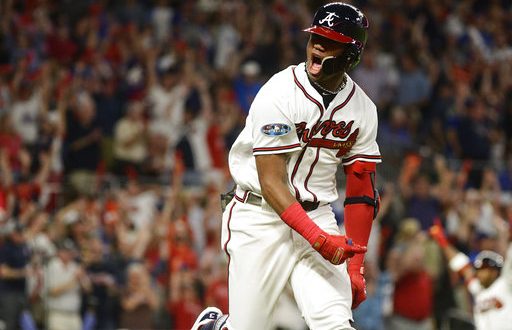 The Atlanta Braves (2-3) will host the Washington Nationals (2-3) at Truist Park on Tuesday at 7: 20 p.m. for the second matchup of a three-game set.

The reigning champs are off to an inconsistent start after splitting their opening series against the Cincinnati Reds and falling against Washington, 11-2, on Monday.

On the other hand, the Nationals are riding on a two-game winning streak. They took one-of-four against the New York Mets and routed the Braves with a 15-hit performance.

The Braves allowed five runs in the third inning of Sunday’s game against the Reds, resulting in a 6-2 loss. On Monday, Atlanta suffered a similar outcome.

The Nationals scored five runs in the third frame with four hits and a walk. In the eighth, Washington added five more runs after Braves’ pitcher Tucker Davidson gave up four hits, a walk and a hit-by-pitch.

Nats’ third baseman Maikel Franco went 4-for-5 with five RBIs and four hits. He also blasted a two-run home run in the third inning — his first since July 31.

Atlanta’s offense was dormant all game. The Braves notched only four hits and crossed the plate twice.

In the first inning, outfielder Marcell Ozuna brought in second baseman Ozzie Albies with an RBI single up the middle. First baseman Matt Olson crossed the plate in the ninth after center fielder Adam Duvall singled to the outfield.

The Braves hope to bounce back on Tuesday to force the awaited rubber game. The key to the win, though, will likely rest on the bullpen and a much-improved offense.

Infielders Austin Riley and Dansby Swanson, who went 0-for-8 in the series-opener, will need to step up the production to bring in runs. Both players left three runners on base and struck out at least twice on Monday.

The Nats will rely on their good momentum in hopes of reaching .500 in the season. Star outfielder Juan Soto along with Franco and first baseman Josh Bell will lead the charge.

Lefty Patrick Corbin (0-1, 4.50 ERA) will take the mound for the Nationals while rookie pitcher Bryce Elder will make his first MLB start for the Braves.