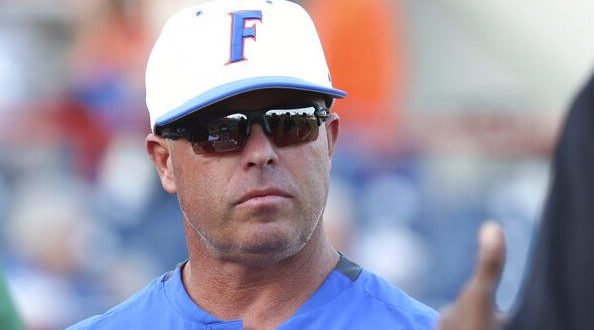 Gators baseball hopes to bounce back from a 5-0 shutout against the Florida State Seminoles as they face Vanderbilt next. Although the matchup against the Seminoles spanned just one game, the Gators are traveling to Nashville, Tennessee, for a three game series. The first contest will take place on Friday at 7 p.m.

Despite opening the season emphatically, the Gators have won just nine out of their last 18 games. While they are still ranked among the top-25, their ranking will continue to slide if they continue to lose games. Despite the teams recent struggles, the Gators recently victory of second-ranked Arkansas serves as a silver-lining.

Although he saw just four at-bats in his freshman season, sophomore Wyatt Langford has served as the teams main offensive force thus far. In spite of finishing with just one hit last season, Langford is currently hitting for an average of .339 and has 37 RBIs.

Langford hails from local Trenton high school, where he was a six-year varsity starter. He was able to showcase his power on a national stage by winning the 2019 Perfect Game National Home Run Derby.

Second-year phenom Sterlin Thompson has exhibited no signs of having a sophomore slump thus far. The Ocala-native impressed many in his freshman year by making the All-Freshman SEC Team and the All-SEC tournament team.

Thompson has managed to improve upon his eye-opening freshman season, currently hitting for an average of .338 with a total of 27 RBIs. These statistics play a key role in Thompson’s ranking among the top 100 prospects in the 2022 MLB Draft.

Sterlin Thompson (@GatorsBB) laces this one into the LCF gap & rounds 1st w/ a 4.39 on the turn. Pwr ceiling is significant. #PGDraft pic.twitter.com/WCjbW0frvR

While Vanderbilt cruised through the beginning of the season with an 18 game winning streak, they have cooled off recently. They currently do not have a spot in the NCAA’s official top 25 rankings, but sit at No. 17 in USA Today’s coaches poll. The Commodores hope to return to the same level of success and efficiency that allowed them to reach the final round of last years College World Series.

Tyler Carmona is a junior journalism major at the University of Florida. Originally from Miami, Tyler played football as a wide receiver at the University of St. Francis before transferring to UF.
@@TylerCarmona
Previous Lightning faceoff against the Ducks
Next Gators’ Orange and Blue Game Returns