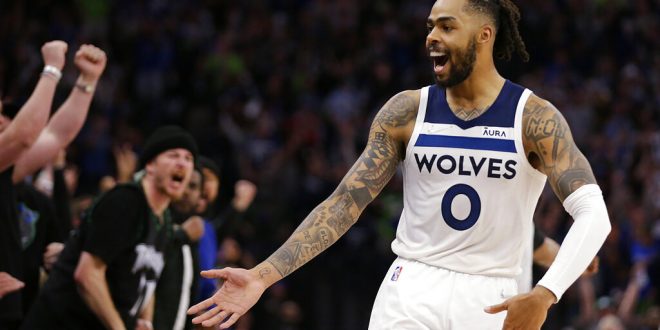 Minnesota Timberwolves guard D'Angelo Russell celebrates after a 3-point basket during the fourth quarter of the team's NBA basketball game against the Los Angeles Clippers on Tuesday, April 12, 2022, in Minneapolis. (AP Photo/Andy Clayton-King)

The first round of the Western Conference playoffs will bring forth a matchup between two unfamiliar postseason faces when the Memphis Grizzlies and Minnesota Timberwolves collide.

Obtaining the second best record in the league, the Grizzlies (56-26) locked themselves into the second seed, crushing this year’s expectations easily.

Having one of the best young cores in Ja Morant, Desmond Bane, and Jaren Jackson Jr, the trio combined to average 62 points per game.

On the other hand, the Timberwolves (46-36) are a relatively young team also, with a feisty veteran Pat Beverley, helping lead the charge.

Behind Pat Beverley and the trio of Anthony Edwards (21.3 PPG), Karl Anthony-Towns (24.6 PPG) and DeAngelo Russell (18.1 PPG), Minnesota finished the season seventh in the west.

The Timberwolves went on to defeat the Los Angeles Clippers in the play-in tournament to reach this point.

After splitting the regular season record 2-2, these two teams will faceoff in a playoff series starting this Saturday.

The home team won every matchup this year between the two squads, which favors the Grizzlies who have home-court advantage.

Regardless, you can expect a battle of “grit and grind” when the series tip-off this Saturday at 3:30 p.m.

Here are each team’s keys to winning the series.

KAT is Minnesota’s leading scorer and slowing him down will slow down the rest of Minnesota’s offense.

The clippers did a great job of limiting KAT in the play-in game as he only mustered 11 points.

Putting a smaller defender on KAT allowed the Clippers to defend his perimeter scoring.

Taking a page out of the Clipper’s book, the Grizzlies must do whatever it takes to slow down a potent Minnesota offense.

One of the stories surrounding this season has been the Grizzlies success during the absence of their best player in Ja Morant.

The Grizzlies were an incredible 20-4 when Ja Morant didn’t play.

Their depth was one of the main reason the Grizzlies were so successful this season as they rarely received drop-off from the next man.

Memphis had six players average in double figures this year.

Because the Timberwolves lack playoff experience, they must lean on their veterans that does.

Luckily, the Timberwolves have Pat Beverley who is one of the most intense and animated veterans in the game.

Although Beverly doesn’t score much (9.2PPG), he is one of the most influential players on the court.

His motor and toughness will help ignite a needed fire under the rest of the team.

His presence was very obvious in the Twolves last game against the Clippers as he used his lockdown defense to help secure the win.

Keeping up the Pace

At the fastest pace in the league, the Timberwolves put up points in bunches.

They like to get out in transition and score quick and easy baskets.

Going up against a team like Memphis, who is third in pace, the Twolves must play to their strengths while limiting the chances of their opponent.

While the Grizzlies are third in pace, they are fourth in defensive rating.

The Timberwolves must avoid getting into a track meet without scoring.

Memphis has continuously displayed their ability to score quick and limit scores.

If Minnesota wants to win this series, they must control the pace and avoid letting Memphis string stops together. 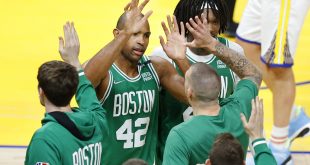