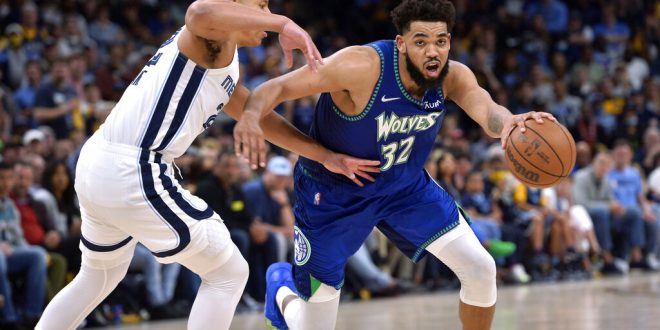 The No. 7-seed Minnesota Timberwolves take on the No. 2 Memphis Grizzlies on Tuesday at 8:30 p.m at FedExForum.

Minnesota hopes to take a 2-0 lead in the Western Conference first round after taking game one 130-117 on April 16. The Grizzlies, on the other hand, will look to even the series after a disappointing loss at home.

Both squads faced each other four times during the regular season, splitting the series at two games each. However, the postseason serves as a blank slate for teams as they compete for a spot in the NBA finals. Here are a few key points for the second of the series.

Both teams entered the postseason as the top scoring teams in the league. Minnesota finished the regular season with a 115.9 points-per-game average while Memphis followed closely with 115.6.

The high-octane matchup lived up to the expectations on Saturday.

Minnesota saw six players score in double digits in game one. Forward Anthony Edwards led the charge with 36 points, while center Karl-Anthony Towns contributed 29 points and 13 rebounds. Guard Malik Beasley added 23, and forward Jaden McDaniels 15. Point guards D’Angelo Russell and Patrick Beverley had 10 points each and combined for 15 assists. The Timberwolves’ offense shot 45-for-90 during the game for a 50% field-goal percentage.

However, the Grizzlies also put up competitive numbers. All-Star guard Ja Morant led the way with 32 points and eight assists, and forward Dillon Brooks added 24 points. Forward Brandon Clarke got a double-double with 13 points and 12 rebounds. Overall, the Grizzlies shot 39-for-86 for a 45.3% field-goal percentage. However, the three-point shot was a focal point in the loss, given Memphis’ 25.9% accuracy.

After a slow Memphis start, the Timberwolves set a franchise highest-scoring first quarter in the playoffs by taking a 41-33 lead. They also led 65-62 at halftime and only trailed twice by two points during the game. The Grizzlies, unable to find momentum, were outscored 65-55 in the last two quarters to worsen the stunning loss. They will need to improve shooting consistency to keep up with an inspired Timberwolves offense. Minnesota needs to capitalize on its go-ahead opportunities to hold the effective Memphis defense.

Both defenses will be put to the test again in game two, especially with two of the best scorers in the league in Morant and Towns. It’s still early in the playoffs, but the rivalry series is lining up as one of the fan’s favorites. The game can be broadcast via NBA TV.