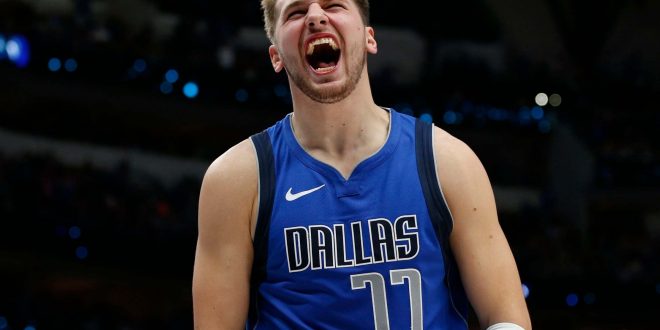 The Dallas Mavericks upset the Phoenix Suns in game seven Sunday night. Additionally, Luka Doncic and Spencer Dinwiddie combined for 60 points. The pair are on their way to the team’s first conference finals appearance since 2011.

In post-game talks, Luka had this to say:

Although Phoenix held the best record through the season, they fell short on Sunday. Chris Paul and Devin Booker also combined for 21 points on 7 of 22. The Suns have relinquished a 2-0 series lead in back-to-back years. That brings Paul’s number of playoff series losses (after leading 2-0) to five. Amazingly, that’s the most of any player in NBA history.

Post-game, Paul talks about finding ways to be better:

The Golden State Warriors defeated the Memphis Grizzlies on Friday. This gives the Warriors the series win in six games. Additionally, the team punched their ticket to their sixth conference final in eight years.

Following the game, Klay Thompson discusses being back on the big stage:

This Wednesday, the Western Conference Finals will begin. Luka Doncic and Steph Curry will go head-to-head.

Luka Doncic is averaging 38.3 points per game in elimination games, the most in NBA history, says @statmuse.

Here’s how the two teams have faired throughout the regular season: