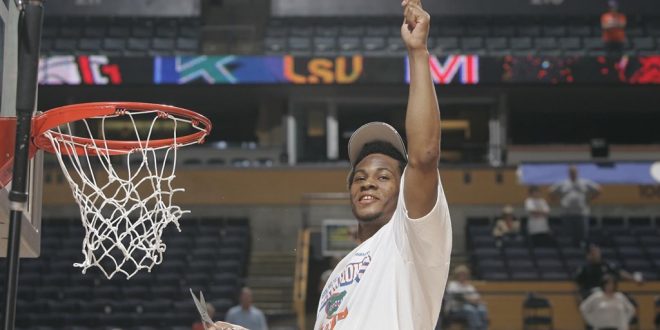 Former Gator Taurean Green will return to the O'Dome this fall. Photo by David Coyle, courtesy of FloridaGators.com.

A familiar face will soon take the hardwood floor at the O’Dome, but in a different capacity. On Monday, Gators Men’s Basketball issued a press release announcing the hiring of Taurean Green as the director of player development.

Taurean Green is a two-time national champion. He started at guard for the Gators in 2006 and 2007.

Along with Corey Brewer, Al Horford and Joakim Noah, he helped anchor the most recent program to cut down the nets in consecutive seasons.

Green was drafted in the second round by the Portland Trail Blazers in 2007. He played a total of 17 NBA games, spending the majority of his professional career overseas. He then spent 2021 as a player development coordinator for the Chicago Bulls under Billy Donovan.

“Gainesville became like another home to me during my time at UF, and I can’t wait to be back,” said Green. “Florida is such a special place, and I’m ready to do everything I can to help our players, Todd Golden, the coaching staff and the entire program have success. Gator Nation, it feels great to be coming home!”

With Todd Golden now the bench boss, fans will be excited to see a familiar face joining the coaching staff. It’s clear that Golden wants to integrate both new and old material into the future of the program.

“I couldn’t be more excited for Taurean to join our staff,” said Golden. “He’s one of the best to ever wear the Gator uniform and understands what it takes to achieve at the highest levels here. He’ll be an incredible resource for our student-athletes and an important connection to the tradition of excellence here, both for our fans and and for all the past Gators who will always be part of the Florida family.”

The Todd Golden era will begin this fall. The regular season is expected to kickoff in early November.