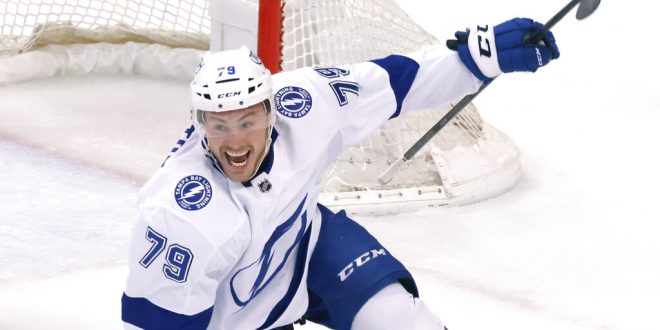 The Tampa Bay Lightning have a chance to clinch their sixth consecutive Conference Finals appearance in eight years. A victory over the Florida Panthers in Game 4 of the Eastern Conference Second Round on Monday night would secure their spot.

A chance to clinch. #GoBolts pic.twitter.com/IpivhmcRvs

Following a 5-1 win over Florida in Game 3 on Sunday, the Lightning extended their lead to 3-0 in a grueling best-of-7 series. According to the NHL, only four teams have ever come back from such a deficit in the postseason.

After leading the league with 29 comeback wins in the regular season and earning the 2022 NHL’s President Trophy, the Panthers will look to come from behind once again.

“We know we can do it,” Panthers forward Jonathan Huberdeau said. “We have that kind of team. We have resilience. We showed it all year, so why not do it now?”

Have to make tonight count. pic.twitter.com/x60qdeKZj0

Nonetheless, the Lightning know how difficult close-out games are.

The @TBLightning can advance to the Conference Finals tonight!

Lightning goaltender Andrei Vasilevskiy is playing his heart out so far. He’s held Florida to one goal in each of the first three games. Additionally, he went 34 for 35 in saves in the Game 3 win. He enters tonight’s game 9-0 with a .970 save percentage since 2020 in series-clinching games.

Vasilevskiy will have an opportunity to increase those numbers as the Bolts chase their third sweep in franchise history. Game 4 begins Monday night at 7 p.m.