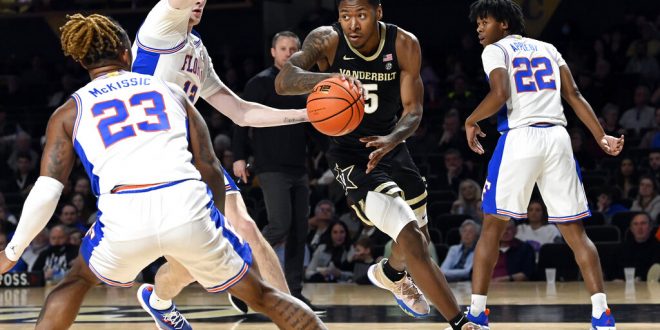 The Florida Gator men’s basketball 2022-23 non-conference schedule was announced today and it is full of high-profile matchups. The Gators will play six of these match ups at home at the Stephen C. O’Connell Center.

The first game of the Gator basketball season, as well as the inception of the Todd Golden Era, will be on Monday, November 7. The Gators host Stony Brook in the first of their non-conference games. The most anticipated match up amidst Florida’s non-conference games might be the showdown against UConn on December 7.

The season starts hot after the Stony Brook match up. Florida hosts Kennesaw State (Nov.11), Florida Atlantic University (Nov. 14) and then travels to Florida State University (Nov.18) in a matter of a week.

The Gators will also participate in the Phil Knight Legacy event in Portland between November 24 and 27. The event will bring together eight men’s and four women’s elite college basketball teams to compete in a bracketed-style mini-tournament. The event will include three games against a field of Duke, Gonzaga, Oregon State, Portland State, Purdue, West Virginia and Xavier. The Gators will then host Florida A &M on November 30.

December 7 is the day the Gators will host Connecticut for a marquee non-conference matchup.  The Gator basketball squad will also attend the Jumpman Invitational on December 20. The Invitational will take place in North Carolina at the Charlotte Spectrum Center. The schedule will feature two games each night, with games and times to be determined. Teams include North Carolina, Oklahoma, Michigan and Florida, all Jordan-sponsored schools.

The Gators then have a game against Kansas State in the Big 12/SEC challenge and it will be a road test for Florida.  The event is a 10 game competition in which a selection of SEC and Big 12 basketball teams play to find the superior conference. The SEC came out on top in last year’s challenge going 6-4 over the Big 12, with Florida claiming one of those victories.

Click here to find out more on new season tickets.