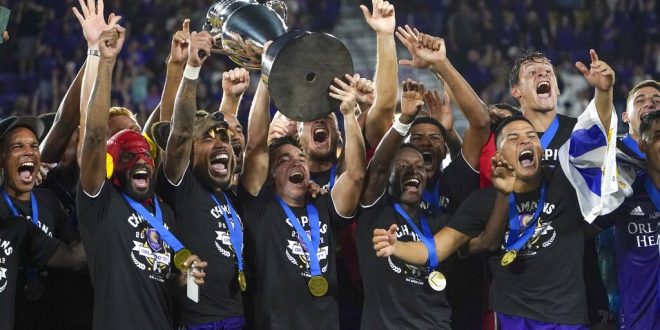 The Lions lifted their first trophy as an MLS club after defeating Sacramento Republic FC 3-0 in the U.S. Open Cup Final. The win secures them a spot in the next iteration of the Concacaf Champions League, a tournament that features the top teams in North America, Central America and the Caribbean. The winner of that tournament qualifies for the FIFA Club World Cup.

Orlando City’s first few years in MLS were largely unsuccessful. The team missed the playoffs in each of its first five seasons, with its record-setting 2018 campaign marked by a second to last place league finish and a new head coach at midseason. The record, which has since been broken, was for the most goals allowed in MLS history.

The die-hard fans never left. And most of the sellout crowd stayed at Exploria Stadium to watch the team finish its evil Cinderella story. Their attitude is that it’s “Orlando vs. Everybody.” Everybody lost on Wednesday. Orlando and hardcore fans like Elizabeth Roman won.

Roman has been a member of the club’s Ruckus supporter group since 2017. Many fans who packed the team’s safe standing supporter’s section during the Final have been there for longer. Ruckus, which combines with Iron Lion Firm on game days to form The Wall, has been part of the fabric of the club since its inception in USL in 2010.

Through thick and thin is more than a tired cliche for Orlando City fans. After seeing the team go through four head coaches since it joined MLS in 2015, it is reality. In fact, “thick and thin” is the theme for the team’s current home kits.

Through the bad, fans rely on each other. The camaraderie within Ruckus was all it had when fellow supporter Joe Campo passed away. The group still honors his “Purple Deadpool” character with a stylized logo on its capo stands.

When good things happen they party, they curse and they sing the same way they would if the team was scraping the bottom of the barrel.

Now, for the first time, the fanbase is on top of the world. 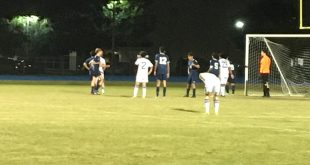