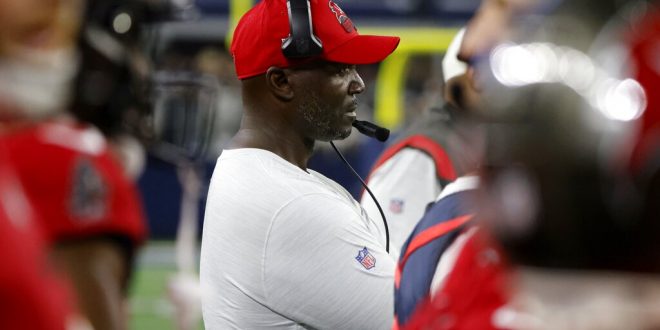 With an action packed NFL week one coming to an end Monday night, five new NFC head coaches made their debut for their respective teams. The coaches went a combined 5-0 in their contests and they hope to continue the success throughout the season.

In Bowles’ season opener against the Dallas Cowboys, Tampa Bay won 19-3. The Buccaneers will travel to New Orleans next week to take on the Saints at Caesars Superdome on Sunday.

Allen began his coaching career at his alma mater Texas A&M as a graduate assistant coach. He moved to the NFL to become a defensive quality control coach for the Atlanta Falcons from 2002 to 2003. He then was the defensive assistant from 2004 to 2005. Allen moved to the Saints from 2006 to 2007 as a defensive line coach before being their secondary coach from 2008 to 2010. After his success with the Saints, he was hired to be the Denver Broncos defensive coordinator in 2011. He quickly moved on from the Broncos to take a head coaching job from 2012 to 2014 with the Raiders, but found his way back with the Saints as a defensive coordinator in 2015. He spent seven years as coordinator before being promoted to head coach in February.

In the Saints’ first game against the Atlanta Falcons, New Orleans defeated Atlanta 27-26. This week, the Saints will host the Bucs on Sunday.

POV: you are in the #Saints locker for Dennis Allen's postgame speech after his first game/win as the team's head coach! pic.twitter.com/0xtjXDthNY

Kevin O’Connell and the Minnesota Vikings

O’Connell started his coaching career as a quarterback coach with the Browns in 2015. Additionally, he moved to the special projects team for the San Francisco 49ers in 2016 before moving back to the quarterback coach position with the Washington Commanders in 2017. He remained with Washington until 2020 when he moved to become an offensive coordinator for the Los Angeles Rams. After two seasons with the Rams, the Minnesota Vikings hired him as the 10th coach in franchise history.

In their season-opener against the Packers, Justin Jefferson and the Minnesota defense lead the team to 23-7 win. The Vikings will travel to Philadelphia next week to take on the Eagles on Monday Night Football.

New York defeated the Titans 21-20 after a last second missed field goal from Randy Bullock. The Giants will host the Carolina Panthers next week at MetLife Stadium on Sunday.

WELCOME TO THE NEW ERA pic.twitter.com/xsWToWEtCb

Matt Eberflus and the Chicago Bears

In 2009, Eberflus left coaching college football for the NFL, where he was hired as a linebackers coach for the Browns. In 2011, he joined the Dallas Cowboys as a linebacker coach and in 2016, transitioned to their passing game coordinator.  Eberflus was hired to be the defensive coordinator for the Indianapolis Colts in 2018 and remained with them until he was hired as the Bears’ head coach in January 2022.

In their season-opener against the 49ers, Justin Fields led a Chicago comeback to win 19-10. The Bears will travel to Green Bay next week to take on the Packers on Sunday Night Football. 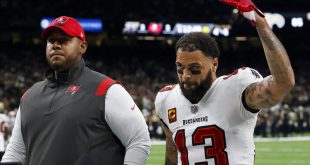 After an altercation with New Orleans Saints cornerback Marshon Lattimore, the NFL announced the suspension …