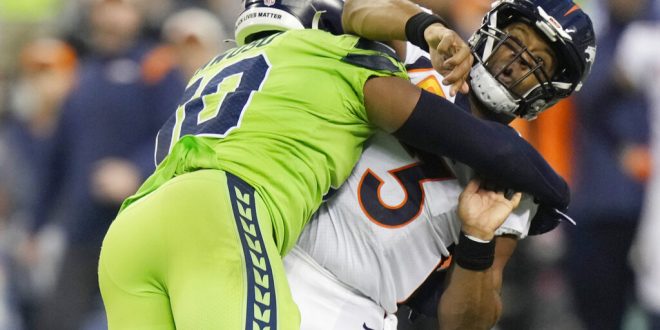 Denver Broncos quarterback Russell Wilson, right, is hit by Seattle Seahawks linebacker Uchenna Nwosu, left, after gettin a pass off during the second half of an NFL football game, Monday, Sept. 12, 2022, in Seattle. (AP Photo/Stephen Brashear)

After leaving the Seattle Seahawks following a Super Bowl victory, nine Pro Bowl appearances and a Walter Payton Man of the Year Award, Russell Wilson returned to a chorus of boos.

He left with a loss in his back pocket.

Seattle fans were pleased Monday night after Geno Smith’s two touchdowns pushed the underdogs to victory in a nailbiter. Brandon McManus’ 64 yarder as time expired was no good, giving Seattle a 17-16 win.

In a bit of a surprise, boos rained down from every corner of Lumen Field when Russell Wilson and the Broncos took the field before the game. Wilson was traded to Denver this offseason before signing a five-year, $245 million extension.

Wilson’s replacement, Geno Smith, was more than serviceable. In fact, he had an excellent game. The quarterback completed roughly 82 percent of his passes to go with 195 passing yards and two touchdowns. Smith was drafted in the second round by the New York Jets in 2013. He started for two seasons before losing the job.

Joe Buck and Troy Aikman left FOX this offseason to sign lucrative deals with ESPN. The pair debuted as the Monday Night Football crew with no shortage of storylines to work with.

The game itself was a tight one. Denver was within one score for the entire second half, trimming Seattle’s 17-13 halftime lead to one before ultimately falling to the home squad. Brandon McManus attempted to win the game from 64 yards with under 20 seconds to go. The kick, of course, was no good.

Denver, which had two timeouts, was maligned for the decision on social media.

Denver will play its home opener against the Houston Texans, who tied the Indianapolis Colts on Sunday.

Seattle will head to Santa Clara to play the San Francisco 49ers, who lost their season opener to Justin Fields and the Chicago Bears. 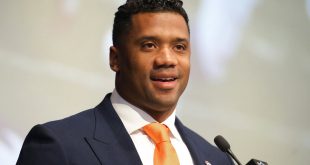