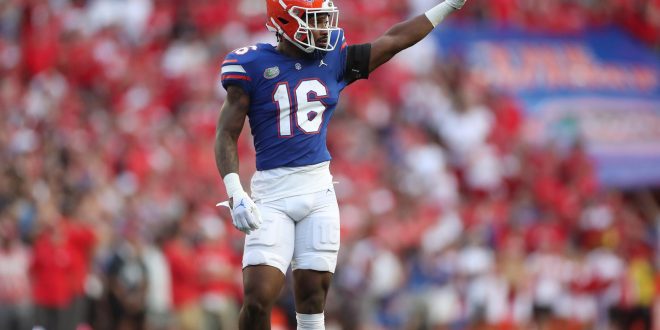 After the Gator’s narrow win last week against South Florida, they are getting ready for Tennessee this weekend. In a press conference this week with Tre’vez Johnson, he talks about just that.

Looking back on Saturday, the Gators were in need of a play, one to shift the momentum, especially towards the end.  Instead of focusing on the parts of the game that have already been played, Johnson chooses to look ahead and think about the next play to make. You have to continue to move forward during the game and no matter what, not dwell on what’s been done.

On September 14th, Jalen Kimber hurt his hand. Nonetheless he still showed up to practice the next day. Kimber, who has never missed a game or a practice this season, pushed through his injury to play this past Saturday.  Johnson mentions how he could’ve sat out to get surgery, but instead was able to make a play that changed the outcome of the game. Through challenges like this we can see the Gator’s unite as a team, be there for each other, and push through obstacles for the benefit of each other.

With the first away game of the season this weekend, the pressure is on. Johnson was asked about the challenges ahead for this weekend. Even though Tennessee has their strengths, so do the Gators. With a newer team, the Gators still have a lot of qualities that the world has yet to see. This is a big game with a lot riding on it. As exciting as it is, Johnson tries not to make it a big deal.

The Gators still know what to expect. Having veteran players on the team from the defense stand-point are helping the gators work on communicating better with each other.  With this understanding the team is able to go into the game without feeling overwhelmed for Saturday.

The game will be held on Saturday at 11:30 in Knoxville, Tennessee.