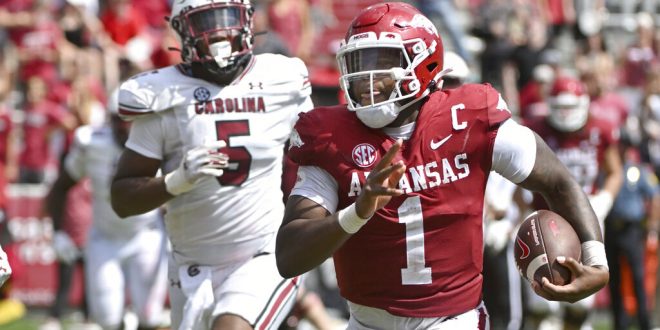 In arguably the biggest game of the week, the 20th-ranked Florida Gators are heading to Knoxville to take on the 11th-ranked Tennessee Volunteers. This rivalry matchup will host college gameday and be played in front of 100,000+ fans. Florida has won 16 of the last 17 matchups between the two. This season, however, the Volunteers are coming in as a strong favorite and the higher-ranked team on the AP Poll.

Florida is coming into the weekend playing their third top-20 matchup of the season. Gator’s quarterback Anthony Richardson has struggled in the past two games. Richardson has struggled to throw the ball and has turned it over. He needs to play a similar game to the one against Utah if he wants the Gators to keep up with Tennessee’s explosive offense. The Volunteers have been led by Heisman candidate quarterback Hendon Hooker. Hooker has thrown for 844 yards and no interceptions.

For the first time since 2016, we are headed to Knoxville to see @Vol_Football take on @GatorsFB. pic.twitter.com/aT6DB4ydOW

The Southwest Classic will be the biggest game for Texas A&M and Arkansas so far. Both teams can establish themselves as SEC and national contenders. Texas A&M had a tough loss to Appalachian State in week two but dethroned the 13th-ranked Miami Hurricanes in week three. They desperately need a win this week to put them back into playoff contention.

The Arkansas Razorbacks have had a great start to their season. They are ranked in the top 10 and have the team to take down the Aggies. The Razorbacks quarterback KJ Jefferson will face a tough defense. Having only thrown one interception this season, KJ is bound to have a solid game.

This game may very well be one of the biggest matchups in the ACC so far. Clemson is currently ranked in the top 5 and has a legitimate shot at making the college football playoff. They have one of the best defenses in the sport but have been struggling on the offensive end. Fans have been calling for a quarterback change, but freshman Cade Klubnik has remained on the bench. A win over a tough Wake Forest Team will establish the tigers as a bonafide contender.

Wake Forest has been perfect so far. They struggled against an unranked Liberty team last week, but they are hoping for a big win against Clemson. If quarterback Sam Hartman can put up a dominating performance, he could be catapulted into Heisman contention. The Demon Deacons are in a winnable ACC conference and need a victory this week for any hope of a New Years’ Six Bowl game.