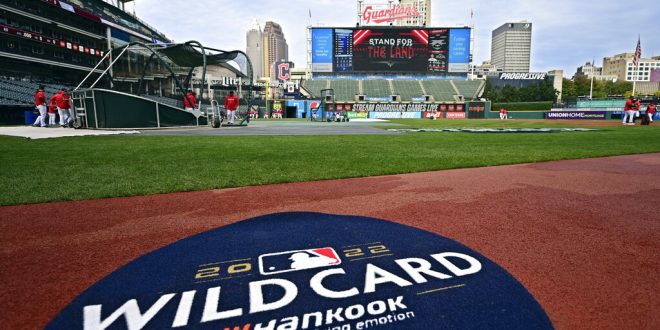 The MLB’s 162-game regular season has come to a close and the American League’s race to the World Series begins. With the New York Yankees coming out on top in the AL East and the Houston Astros in the AL West, both teams received first-round byes and meet their first opponents in the AL Division Series.

AL Wild Card Round One

The Cleveland Guardians host the Tampa Bay Ray, while the Seattle Mariners travel to Toronto to play the Blue Jays. The Mariners will play their first postseason game since 2001.

The Guardians and Rays first met in July where the Guardians took two out of three games.  When they faced off again in September, the Guardians also took the series 2-1, giving Cleveland a 4-2 advantage over the Rays in the regular season.

Entering the series as the AL Central Division champion, the Guardians finished 92-70 in the regular season which is their best record since 2019. Going 24-6 in their last 30 games to close out the season, it’s safe to say Cleveland is coming into the postseason with momentum.

Unlike the Guardians, the Tampa Bay Rays‘ last four series have ended in defeat. The team is coming in with 17 losses in their last 25 games and the slump dropped them to the No. 6 seed in the AL postseason.  Despite an endless stream of injuries, an inconsistent roster and pitching staff changes, the Rays return to the postseason for the fourth straight year.

The winner of this series will face the Yankees in the ALDS.

The Mariners and Blue Jays met twice in the regular season.  The Blue Jays took two out of three games in the first series at home in May but dropped all four games to Seattle in the second series on the road.

This is the Blue Jays’ second time making playoffs in the last six years. During their last appearance in 2020, they were swept in the wild-card round by the Rays.  Toronto is coming into the series  winning five of their last six games.  They finished the regular season 92-70, second in the AL East.

The Mariners ended the regular season with 90-72 record, giving them the No. 5 seed for postseason play. They have yet to announce their starter in game one.

The winner of this series will advance to play the Astros in the ALDS.

Jolie Katzen is a fourth-year Journalism major with a focus on sports media at the University of Florida.
Previous Dolphins Set to Make First Start Without Tua Against Jets
Next Through The Wire