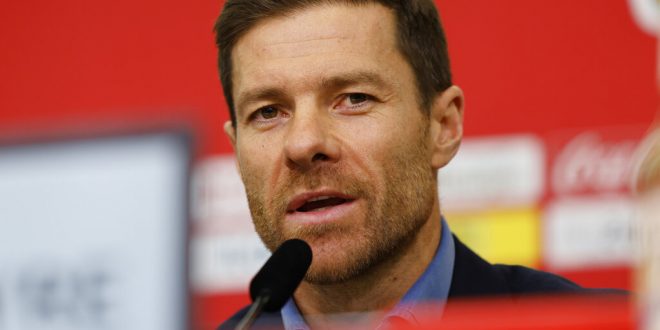 Leverkusen is off to a 1-0-2 start in Champions League — third in Group B — and the German club finds itself in The Bundesliga’s relegation zone following a 1-2-5 start to the season. Leverkusen hired former Spanish star midfielder Xabi Alonso Wednesday. Alonso signed a contract to manage the club until the summer of 2024.

“It’s a great honor for me to be here. I’m happy to coach Bayer Leverkusen. It’s a big project in a big club with a strong team,” Alonso said. “The task excites me a lot.”

In addition to helping Spain win the 2010 World Cup, Alonso’s decorated playing career includes a pair of Champions League titles with different clubs — Liverpool in 2005 and Real Madrid in 2014. Alonso finished his playing career in 2017 at Bayern Munich before he began coaching the Real Madrid U14s and Real Sociedad B.

“I felt that as a coach I first had to go through a process to become good,” Alonso said. “The steps in youth at Real Madrid and then at Real Sociedad were important. Now it’s time for me to take over a big team.”

Alonso will make his debut as Leverkusen’s manager Saturday as the club welcomes Shalke 04.

Following Tuesday’s 4-1 home loss to Borussia Dortmund, Sevilla FC sacked manager Julen Lopetegui. The club is off to a winless start in Champions League (0-1-2) and has only one victory in seven La Liga matches this year.

62-year-old Jorge Sampaoli will return to Sevilla as head coach after he managed the club during the 2016-17 season. The Argentine initially departed Sevilla to coach his home country’s national team, but Sampaoli’s stint lasted only a year.

“At that moment, I made a decision that I felt of life, and I hope [Sevilla] has forgiven or understood,” Sampaoli said. “But the fans have the right to express themselves as they want.”

Sampaoli went on to manage two different Brazilian clubs before he returned to Europe to coach Marseille last year. He led Marseille to a second-place finish in Ligue 1 — punching the club’s first Champions League ticket since 2020.

Sampaoli started his humble managerial career in 1991 and has since worked his way up the ranks. He coached the Chilean national team for over three years and led them to the knockout stage of the 2014 World Cup.

Sampaoli will look to right the ship as Sevilla finds itself in 17th place in La Liga and just a point above the relegation zone. Sevilla will host the 5-1-1 Athletic Club — third in La Liga — Saturday before traveling to Germany for a Champions League rematch Tuesday against Dortmund.

Hi, my name is Griffin Foll and I am currently a senior at UF studying sports media journalism with a concentration in political science. I contribute weekly web and radio content for WRUF ESPN Gainesville and help cover the World Cup/Champions League soccer beat. Be sure to check out some of my recent articles!
Previous Three BIG Ten Teams highlight the AP-top 25 this week
Next New Gator Hall of Fame Class To Be Inducted 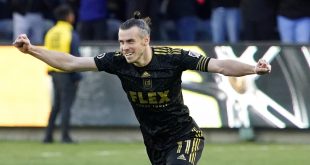