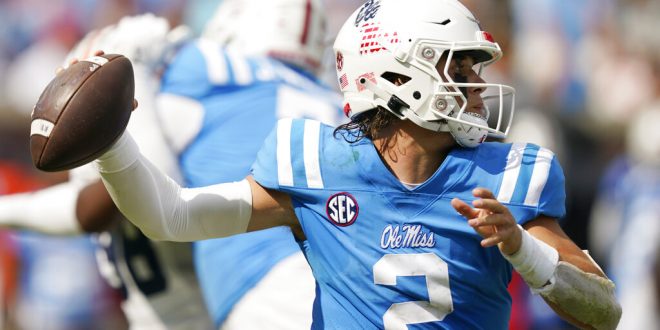 After LSU’s win against the Florida Gators this past weekend, the Tigers will host the Ole Miss Rebels at Tiger Stadium.

Ole Miss is currently undefeated at 7-0. As proud as head coach Lane Kiffin is of his team, he admits that this upcoming game will be a tough one. It’s no surprise that LSU is a well-rounded team, even Kiffin knows that. He said LSU is the most talented opponent the Rebels are facing by far.

Kiffin also talks about how this will be the time that everyone needs to be doing their job. The Rebels haven’t had many away games this year, and LSU has proved this season they are a very competitive team to play. Kiffin is confident in his players after their game last week against Auburn and knows that his team does have the ability to do well in this game.

LSU is very excited about this matchup. Head coach Brian Kelly said his team needs to be on their best game. With the ranking that Ole Miss has currently, it’s no surprise LSU knows they are up for the challenge.

LSU quarterback Jayden Daniels had a very good game against the Gators in their last matchup. Kelly said he believes his confidence has gone up along with just being very assertive. As a transfer, Kelly said Daniels has had to work with an entirely new team and has been adjusting very well. With understanding the offense a lot better, Daniels poses a real threat to any team LSU goes up against.

The game will be held on Saturday at Tiger Stadium. Kickoff is set for 3:30 p.m.