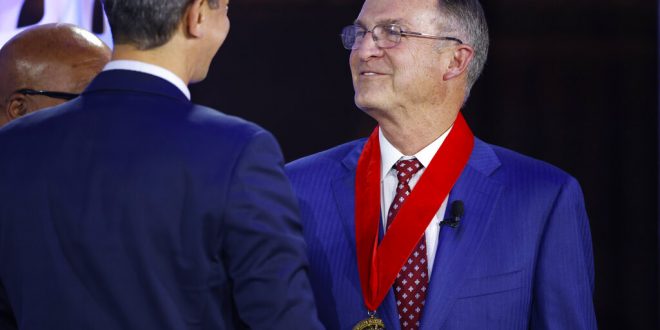 Coach Kruger made his mark on Florida basketball. He took over the program in 1990 and stayed through the 1996 season. During his time at the helm, he lead the Gators to a 104-80 record. He earned SEC coach of the year accolades in both ’92 and ’94. In that 1994 season, Kruger led the Gators to their first ever Final Four appearance. Dan Cross, Craig Brown and Dametri Hill propelled the Gators to big time wins in the tournament over the University of Connecticut and Boston College. The team ended up falling to Duke in the Final Four, but went 29-8 in the process, setting the win record at the time for the university.

Kruger was quite the athlete himself back in his day. He played basketball at Kansas State and was the Big Eight player of the year in 1973 and ’74. Interestingly, he also played baseball at Kansas State before being drafted to the Atlanta Hawks in the 1974 NBA draft. Kruger went on to coach at Kansas State, leading them to an elite eight appearance in 1988. Florida then called following his stint at Kansas State. After his days with the Gators, he went to Illinois where he lead them to the NCAA tournament. The next stop was UNLV, where Kruger lead the Rebels to the sweet sixteen in 2007.

In 2011, Kruger took the job at Oklahoma and found even more success. In 2016, he led the Sooners to the Final Four. At the end of it all, he tallied a record of 674-432 as the coach at six different schools and he’s the only coach to win an NCAA tournament game with five different schools.