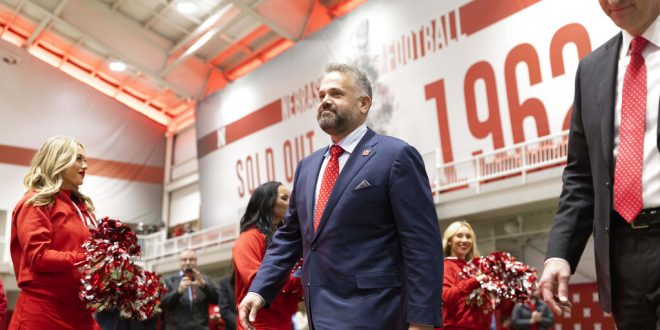 Matthew Rhule, former head coach for Temple, Baylor and more recently the Carolina Panthers (NFL), announced he will be furthering his career journey with the Nebraska Cornhuskers.

Rhule was fired from the Panthers after a 37-15 loss to the San Francisco 49ers which dropped the team to a 1-4 record.

Rhule was the head coach for the Temple Owls between 2013 and 2016. During his time at Temple, the Owls won the American Athletic Conference East Division and went on to play in the championship game. In the next season, Rhule brought his team to a win in the conference championship game, this was the first time Temple won since 1967.

During his time at Baylor, he was not as successful. During his two years with Baylor, Rhule’s team did not beat one ranked team.

Rhule had many options after being fired, he could have gone back to coaching college football or moved on to another team. Rhule said Nebraska’s passion is what set it apart from other offers.

Rhule said after he talked to Trev Alberts, a former linebacker for the Cornhuskers, “the passion for football was reborn inside of me.” During his time at University of Nebraska, Alberts won Dick Butkus Award and as a senior, the Jack Lambert Trophy.

Rhule also said the passion for young people was reborn in side of him.

Rhule signed an eight-year contract with the University of Nebraska. The contract is for over $70 million which makes him one of the highest paid coaches in the Big 10. This makes him currently ranked number three after Ryan Day of Ohio State and Mel Tucker of Michigan State.

After taking the job, Rhule thanked a few people for the advance. He thanked the fans, the University of Nebraska and the Chancellor of the university Ronnie Green.