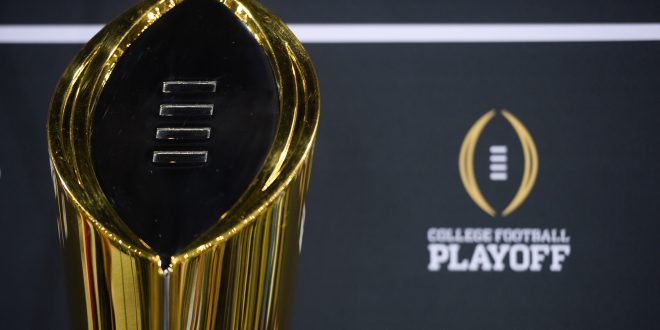 The second to last CFP rankings will be released Tuesday night ahead of this weekend’s conference championships.

Expect quite a big change among the top 25 after multiple top 10 teams lost last week. Among the most notable losses were No. 2 Ohio State, No. 5 LSU and No. 8 Clemson.

Here’s what we can expect to see Tuesday.

Consistency at the Top?

The Georgia Bulldogs have spent three weeks in a row at the top of the CFP top 25, with their eyes set on making it four in a row on Tuesday.

The Bulldogs have won 30 of their last 31 games dating back to the 2020 season. Their most recent victory, against in-state rival Georgia Tech, was no problem. This has been a common theme throughout most of the season.

Stetson Bennett has been excellent for most of the season, not to mention the talent he is surrounded with on the offensive side of the ball. Brock Bowers is potentially the best tight end in the nation, and the two-headed monster in the backfield with Kenny McIntosh and Daijun Edwards complements the passing game very nicely. Pair that with one of the top defenses in the country, and the Bulldogs might just be the team to beat in college football.

LSU will look to make some noise however, as they take on Georgia Saturday in the SEC Championship. The Tigers were hoping to have CFP implications of their own, but the loss to Texas A&M last week sends those hopes out the window.

Assuming there are no massive changes among the thoughts of the CFP Selection Committee, Georgia should be back atop the CFP rankings heading into championship week.

Wolverines Use ‘The Game’ to Move to No. 2

Michigan is the only team that could potentially dethrone the Bulldogs atop the rankings. The Wolverines’ win in Columbus against then No. 2 Ohio State should look great in the eyes of the committee. However, will it be enough to jump Michigan to No. 1?

According to ESPN, Georgia has the highest FPI in the nation while the Wolverines having the fourth highest. FPI measures “true strength” of a team based on a variety of different statistics and comparisons.

It should be interesting to see how the committee views both of these teams following incredibly impressive regular seasons. Regardless of the outcome Tuesday night, both teams are essentially guaranteed a spot in the CFP with wins in their respective conference championships.

Michigan takes on unranked Purdue in the Big Ten Championship Game on Saturday.

The Horned Frogs hoped to complete just their third undefeated regular season in program history with a win in their regular season finale against Iowa State.

Max Duggan and company had zero issues with the Cyclones, easily moving to 12-0 with a 62-14 win.

With Ohio States’ loss, the No. 3 spot in the rankings is vacant. If TCU moves to No. 3, that will tie its highest CFP ranking in program history.

What case do the Horned Frogs have for No. 3? For starters, potential Heisman candidate Max Duggan. Duggan has dominated the Big 12 and has pushed his team to tough victories on multiple occasions.

According to ESPN, TCU has the best strength of record in the nation. The committee should view the Horned Frogs’ record and schedule favorable for TCU.

Given the fact that TCU has been ranked No. 4 in three consecutive rankings, a victory in the Big 12 Championship should also lock in a CFP spot for the Horned Frogs.

TCU and Kansas State will kick off in the Dr. Pepper Big 12 Championship Saturday at noon.

With No. 2 Ohio States’ loss last week, at least one spot in the CFP is potentially up for grabs. Which teams are strong enough to earn that spot?

First of all, Ohio State cannot be counted out. While it wouldn’t be a surprise to see the Buckeyes drop out of the top 4 following their home blowout loss to Michigan, it is still possible they hang on to the No. 4 spot.

Michigan has proven itself as one of, if not the best, team in the country. A loss to the Wolverines does not ruin Ohio State’s resume in any way. However, the fashion in which they lost will likely push Ohio State out.

USC was one point away from being undefeated against a strong Utah team that started the year in the top 5.

Not to mention, the Trojans have one of the stronger Heisman candidates in Caleb Williams, who made the move to USC alongside head coach Lincoln Riley.

CALEB WILLIAMS. ARE YOU SERIOUS 😱 pic.twitter.com/x1anIT2R7v

The only caveat for the Trojans is the way in which ESPN ranks them in terms of FPI. USC comes in at No. 14 in FPI as well as No. 6 in strength of record. These are both behind their potential competitors for the fourth spot in Ohio State.

USC does have the benefit of another game, a rematch with Utah in the Pac-12 Championship on Friday.

No matter how the rankings turn out, there should be some new excitement in the CFP top 4 ahead of championship weekend.

The College Football Playoff Rankings will be released Tuesday at 7:00 PM on ESPN. 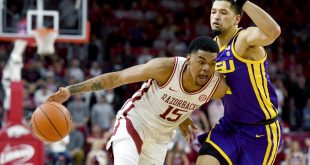