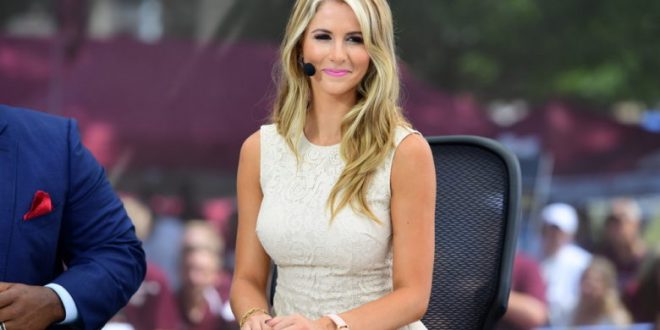 Although Rutledge has ties to the Gators, she says she “tries to take her fandom hat off” when asked to speak on the team.

When asked to assess the Gators season, Rutledge said the following:

“There’s still some positives to gain from the coaching job. I know a lot of people question that and Florida fans are impatient as they should be but there’s just so many things when you look back with Anthony Richardson. You say man if he had just made a slightly different decision here, or if this thing had just gone slightly different, or maybe if they had stayed healthier at the wide receiver position, or whatever it was. Or maybe in the second half against Florida State they run the ball more. All of these things but they all add up to being a season that doesn’t go the way that you hoped it would go. It doesn’t go along with the promise that you thought they showed at times early on.”

This is something that almost all Gator fans can agree with. It was not the season that everyone was looking or hoping for. At the same time and in the big picture of things, Florida really has made a lot of progress from where they started. When looking at certain games, this pattern is seen. Tennessee, Vanderbilt, and Louisiana State games all have one thing in common: they are all close call games where almost all were just a touchdown away from a win or overtime.

Anthony Richardson showed a lot of promise at the beginning as well. Rutledge touched on this topic a little bit and says,

“You know I just hoped for a little bit more out of him when early on in the season we’re thinking this guy could be a Heisman contender and he looked like it right.”

Richardson started the season off strong and slowly withered away. When looking at Richardson, you can see that he does possess a natural talent for the game. With this season being his first full season starting, there is still a need for growth in many areas for the young quarterback.

College rivalries are the biggest games that fans look forward to. There is Florida vs. Georgia, Ole Miss vs. Mississippi State, even Auburn vs. Alabama. Rivalry teams play a huge part in the football atmosphere for college. Laura Rutledge hits on this subject and says,

When comparing this statement to Ohio State vs. Michigan, Rutledge makes a good point. No matter what team is being talked about, there will always be a hot seat. Michigan’s head coach went through the hot seat a few years ago when they lost against Ohio State. In a matter of months, the hot seat was turned right back around and onto Ohio State’s head coach. If the team doesn’t get the outcome the fans are hoping for, a hot seat is sure to follow close behind.