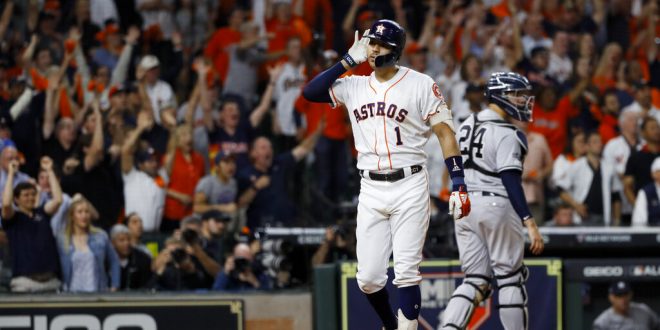 Two-time All-Star shortstop Carlos Correa inks huge deal with the San Francisco Giants to be in the bay for the next 13 years.

Correa and the Giants have all the makings of a great pairing. The shortstop hit free agency for the first time in his career last year after coming off another trip to the World Series with his former team the Houston Astros.

After not receiving a desired long-term contract from the Astros or any other team in last year’s market, he signed a short-term deal with the Minnesota Twins. This deal is for three years worth $105.3 million. It made out to $35.1 million annually with opt-out options after each year. Keeping the annual number high and the commitment flexible in order to re-enter free agency when the market was right.

After this past season with the Twins, Correa opted out of his three-year deal to test free agency once again. Correa was looking for a place to call home for the long term with a total number landing around the $300 million mark.

The Giants were looking for a star this offseason. They tried their luck with Yankees slugger Aaron Judge, but couldn’t pry him out of pinstripes. With other star shortstops like Trea Turner and Xander Bogaerts signing with other clubs, the Giants had one big fish left in the free agent pool to go after. This fish was Correa.

San Francisco lands the star they coveted in Correa for 13 years at $350 million. The shortstop finally found a place he can call home and help build a winning culture.

Correa has been a game-changing player at every level he has played at, which led to him being the #1 overall pick in the 2012 MLB Draft.

Since making the big leagues he has garnered recognition for his tremendous play. First, being named the MLB Rookie of the Year in 2015. He is a gold glove and platinum glove award winner. Along with being a World Series champion, Correa swings a bat that can hit for pop and average. While providing superb fielding and the leadership of the face of the franchise. Fans will love the excitement he brings to the team.

But, excitement shouldn’t stop there as the Giants continue to spend this offseason.

In addition to Correa, the team has brought in Mitch Haniger to play right field, who is one season removed from blasting 39 home runs. While also bolstering the starting rotation with solid pitchers like Ross Stripling and Sean Manaea.

The Giants are a team to keep an eye on as they will be looking to acquire more star talent to pair with Correa in the future.