Former University of Florida quarterback Tim Tebow has been traded to the New York Jets today from the Denver Broncos.   Denver receives a fourth and sixth round draft choice from the Jets in return while the Broncos will give the Jets a seventh round choice.

Tebow became expendable when the Broncos signed veteran free agent quarterback Peyton Manning. The Jets could use Tebow in a wildcat package with offensive coordinator Tony Sparano, the former head coach of the Miami Dolphins, who basically instituted the wildcat while with the phins.

Mark Sanchez is the Jets starting quarterback and there are no indications Tebow will compete with him at this time for the starting position.  However, the Jets gave Sanchez a three year contract extension recently with some guaranteed money.   They also signed former Detroit backup Drew Stanton to be their backup and former Alabama quarterback Greg McElroy is on the roster as well.

Many Florida fans wanted to see Tebow return to play for the Jacksonville Jaguars but it did not happen.   Other teams said to be interested in Tebow included Green Bay and the Miami Dolphins. 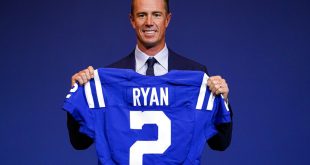