The No.15 Florida volleyball team welcomes Georgia Tech, Louisiana, and Jacksonville to the O’Connell Center this weekend for the 2nd Annual Active Ankle Challenge. The Gators will play three games in two days, starting with Friday’s opponent, the Jacksonville Dolphins. Although the Orange and Blue defeated the Slovenian Junior National Team in straight sets earlier this week, Gator head coach Mary Wise says her team took more out of the games they lost at the Nike Big Four Classic last weekend.

Before heading to Penn State to play two top-ten teams, Wise spoke about the importance of the serve for her team, a factor she says will remain key throughout the year.

Helping the blocking may be extremely useful as sophomore defensive specialist Holly Pole says that’s something the team still needs to improve upon.

While the defense could use some work, junior middle blocker Chloe Mann says she’s been happy with the offensive production.

Although winning the Active Ankle Challenge for a second year would be nice, Wise realizes the fate of her team rests in their record against conference opponents.

After Friday’s match-up the Gators will play twice on Saturday starting with a game against Louisiana at noon and another versus Georgia Tech at 7:30 p.m. Friday’s game can be heard on ESPN Radio 850/900 beginning at 7:20 p.m. 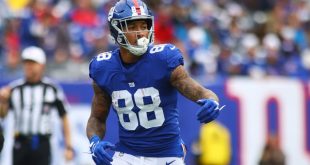 The Jacksonville Jaguars announced the team’s signing of multiple unrestricted free agents on Wednesday, including …