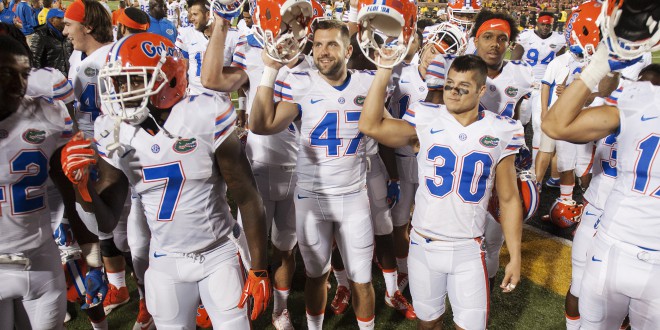 With all of the off the field story lines that have surrounded the Florida Gator football team this week, it’s hard to believe the Gators have a game this Saturday night. Not only is it just a game, it’s a top 10 match up against the sixth ranked LSU Tigers and Heisman front runner Leonard Fournette.

While the suspensions of Will Grier and Deiondre Porter could certainly allow the team to lose focus in preparation this week, Florida head coach Jim McElwain doesn’t believe that’s been the case.

“I really like where we’re at,” McElwain exclaimed. “Looking forward to a lot of fun and seeing who we are and what we’re all about. Obviously, we’re playing a very good football team that, for all the right reasons, probably thinks they’re going to put it on us.”

While Porter will be missed on special teams for the foreseeable future, it’s the quarterback situation that has fans worried. Sophomore quarterback Treon Harris will receive his second start of the season (seventh of his career) in, arguably, one of the most intimidating venues in all of college football. Harris does have experience, however, playing and winning in front of 100,000+ screaming fans as he saved the day for the Gators last season versus Tennessee. Senior defensive lineman Jon Bullard knows Harris can get the job done.

“I think Coach Mac and them are going to do a good job.” Bullard stated. “I’ve got 100% confidence in Treon. He came in last year against Tennessee, stepped up in a big game, that’s a big atmosphere also, and won. I’m not worried about that. I hate it for Will (Grier) but we’ve got to move forward, we all have to get behind Treon, rally him up, and tell him he’s got our support.”

Bullard and the defense will have its hands full on Saturday night against Leonard Fournette. Fournette currently leads all NCAA Division 1 players in rushing yards per game averaging just over 200 yards. The Gators will be the toughest challenge yet for Fournette and company as Florida is currently ranked 12th in the country in rushing yards allowed per game allowing just shy of 100 yards per game. While everyone likes to focus on the ground game with Fournette, linebacker coach/co-defensive coordinator Randy Shannon knows it’s not that easy.

“We’re going to run defenses that we feel is best for us to help stop the run, but also, the biggest thing is not give up big plays,” Shannon said. “The one thing that I know Coach Cameron (LSU offensive coordinator) does a good job at is he’ll stick that ball in there for the run game, all of a sudden he’ll pull it out and you’ve got a safety cheating, and all of a sudden that pops for a deep ball, then that’s a big play. You don’t want to give up big plays against a team like this.”

With Les Miles’ mind boggling 44-2 record in night games at Tiger Stadium, the Gators will have their work cut out for them on Saturday night. And, with the reputation of ‘The Mad Hatter’, McElwain knows his team is going to have to play well and disciplined to get a win.

“Doesn’t matter what the game is, who the opponent is, this just happens to be a great opponent that features one of the best players in the country, and they play the game the way it’s supposed to be played,” McElwain stated. “They’ll have some tricks and stuff to get some cheap ones (but) we’ve got a pretty good defense.”

Kickoff between the Gators and Tigers is scheduled for 7:00 on Saturday night.

Shannon on Defense vs LSU

22 years old from Pensacola, FL. Telecommunications major at the University of Florida with a focus on Sports News, also pursuing a minor in Communication Studies.
@yancey_dewayne
Previous Florida Volleyball Takes Down Tennessee in Three
Next National League Division Series Recap 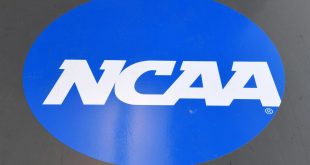 Despite the 2020 college football season being up in the air, certain rules will change …