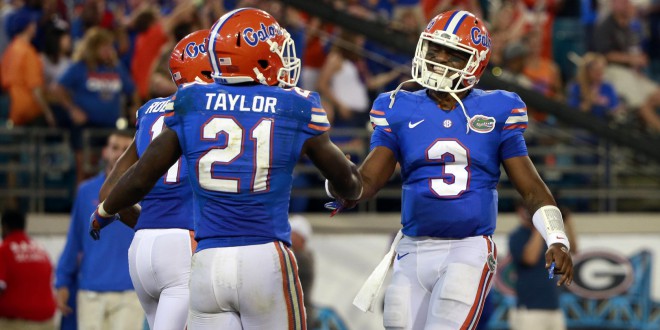 The 10th ranked Florida Gators (7-1, 5-1) will welcome the Vanderbilt Commodores (3-5, 1-3) in to Gainesville for a homecoming matchup this Saturday afternoon.

Florida has dominated the series versus Vanderbilt having won 23 out of the last 24 meetings against the team from Nashville, but that lone loss came in 2013 on a homecoming Saturday in the Swamp. In fact, Florida has struggled over the past six years in homecoming football games. Since the Gators 63-5 victory over Kentucky in 2008, Florida has either lost or won by only one possession in all of their homecoming matchups. With the defense the Commodores bring to the Swamp, the Gators could find themselves in another close game this weekend.

Vanderbilt is 6th in the SEC in Total Defense, allowing just over 320 yards per game. They do a great job shutting down the opponent’s rushing attack allowing just shy of 115 yards per game. The Gators were able to create some explosive runs in their last outing versus Georgia as they piled up over 250 yards on the ground against a Bulldogs unit that allows 138 yards per game. Florida head coach Jim McElwain thinks the offense has prepared well so far this week, but still has work to do before Saturday.

McElwain noted on Monday that Florida could be without the left side of the offensive line. Left tackle David Sharpe is nursing an ankle injury while left guard Martez Ivey has swelling in the same knee that caused him to miss the first two games of the season. Missing those two would certainly be beneficial to the Vanderbilt defense, but McElwain upgraded both players’ status on Wednesday.

While the Vanderbilt defense has been stout this season, the offense has struggled mightily. The Commodores rank only ahead of Missouri in points per game averaging close to 16, and they’re 11th in the SEC in yards per game getting just over 200 yards. Vanderbilt is also dealing with injuries to the offensive line as both tackles went down versus Houston last Saturday. Head coach Derek Mason did not update either players injury status heading in to Saturday’s game although the left tackle, Jonathan Skule, had his leg put in an air cast and was carted off the field in that game.

With the uncertainty on the offensive line for Vandy, the Florida front seven will be licking their chops. After leading the SEC in sacks with 21 after Week 6, the Gators have only been able to register one in two games. Even with the injuries, the Commodore passing attack is predicated on getting the ball out quickly, making it difficult to register sacks. Vanderbilt has only allowed 15 sacks this season, tied for 7th in the SEC. With the added presence of the SEC’s 7th best rusher in Gainesville High School product Ralph Webb, Florida will have to keep their gap integrity which could lead to more time for quarterback Kyle Shurmur. Gators defensive line coach Chris Rumph breaks down what Florida has to do to try and stop the Vanderbilt offense.

While the Gators defense has the opportunity to shut down the Vanderbilt offensive attack, McElwain still wants to see the offense come out and perform well.

If Florida does get the homecoming win, they will clinch a berth in the SEC Championship game for the first time since 2009. While the Gators are close to a three touchdown favorite over the Commodores, it’s been a struggle recently for Florida trying to put away opponents on homecoming’s at Ben Hill Griffin Stadium.

Vanderbilt and Florida will kick off just past noon on Saturday. 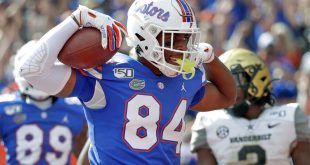