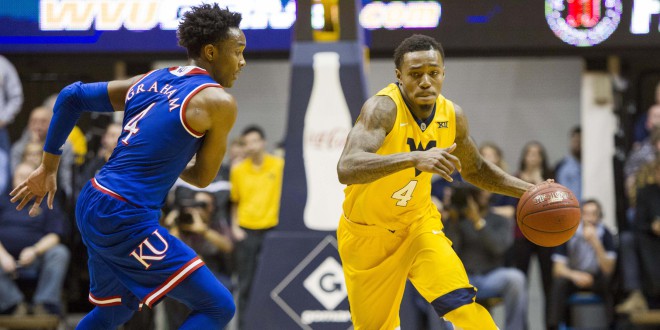 West Virginia Wins Their Eighth in a Row; Upsets No.1 Kansas 74-63

Tuesday afternoon, the West Virginia men’s basketball team was preparing to play a game that would extend their winning streak to eight straight games; there was only one obstacle in the way of that win for the Mountaineers; the top ranked Kansas Jayhawks.

The Jayhawks proved not to be that much of an obstacle for the Mountaineers at all.

West Virginia not only handed Kansas its second loss this season, but they also forced 22 turnovers, a season-high for the Jayhawks.

Kansas head coach Bill Self says the speed and ability of the Moutaineers led to the Jayhawk’s loss.

The Mountaineers constantly drove to the basket and drew fouls that allowed for them to make 33 of 47 shots from the free throw line.

Guard Jaysean Paige led West Virginia with 21 points and forward Devon Williams chipped in with 17 points and 12 rebounds for the Mountaineers.  Kansas was led by forward Perry Ellis with 17 points.

The Mountaineers face their next challenge this Saturday when they travel to the Lloyd Noble Center to play the number two Oklahoma Sooners at 4:00 p.m. 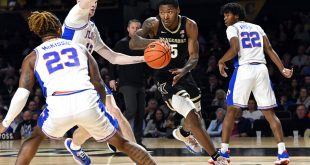