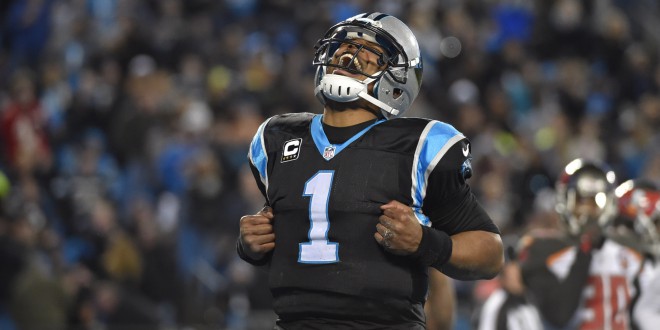 Sundays NFL playoff game at Bank of America Stadium in North Carolina in sure to be an entertaining one between the Carolina Panthers and the Seattle Seahawks. This game will mark the second straight year these teams have met in the divisional round. Last season, the Seahawks won 31-17 at home.

This game could be described as the battle of the quarterbacks. Both teams starting QBs Russell Wilson and Cam Newton are moving closer to the leagues MVP. Wilson is said to be a more talented quarterback all around with a better completion percentage, yards per attempt, touchdown and interception ratio and passing rating. However, Cam Newton has nine more rushing touchdown then Wilson and is said to be better on his feet. Panthers quarterback Cam Newton gives us his thoughts on the playoff matchup against Seattle.

The Panthers can beat the Seahawks with their home-field advantage with their league-best 11-game home winning streak. Carolina is also very well rested after having a bye week during the Wildcard games this past weekend. Leading rusher Jonathan Stewart is expected back after missing the past three games with a sprained foot. Wide receiver Ted Ginn Jr. is also expected to return after missing the last game with a knee injury.

Now, Seattle can take down the Panthers if a few things go their way. The Seahawks have definitely showed that they can compete with Carolina after hanging with them for the first three quarters in their week 6 matchup. The Seahawks defense has been nothing but stingy lately, they have only allowed one touchdown in the past six road games, they finished first in the NFL in points allowed for the fourth straight season. Russell Wilson is no one to ignore when talking about how the Seahawks can win. Wilson has put together his best season as a pro so far. He lad the league in passer ratings, throwing 24 touchdowns and only one interception in his final seven games of the regular season.

Be sure to catch this incredible matchup this Sunday, kickoff is at 1:05 p.m. on Fox.

(Audio courtesy of WestWood One)