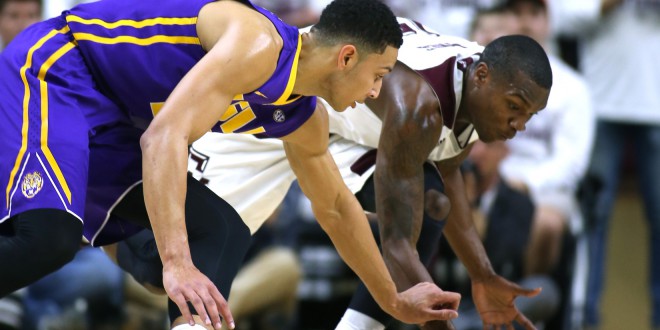 The LSU Tigers host the Georgia Bulldogs Tuesday night in the Maravich Center in an SEC men’s basketball match up.

LSU is led by freshman phenom Ben Simmons who ranks third in the conference in scoring with 19.6 points per game. Simmons is more than a scorer; he’s averaging 5.1 assists and nearly two steals per game as well. The Tigers stand at 12-7 (5-2 SEC) and are averaging 80.9 points per game while giving up just over 75 points per game on defense. LSU is coming off a close win over the Alabama Crimson Tide and Tiger coach Johnny Jones says his team is gaining confidence from the play of Simmons.

The Bulldogs are going for their 12th win of the season (11-6) and fifth SEC win (4-3). Georgia is led by the talented duo of Yante Maten (11th in SEC in scoring with 16.2 points per game) and J.J. Frazier (12th in SEC in scoring with 15.7 points per game). Georgia coach Mark Fox says both Maten and Frazier will be ready to go. The Bulldogs have won two in a row but have struggled on the road, as they’ve gone 1-3 in away games. Georgia will need to generate points to come away with a win, but have struggled to do as they’re averaging just 69.9 points per game. Fox says his team knows there are no easy wins in the SEC.