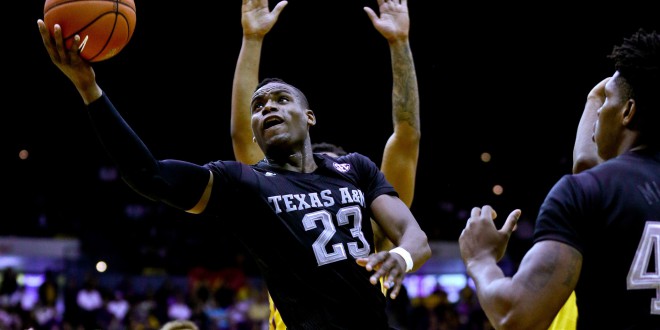 The Texas A&M Aggies and the Ole Miss Rebels face off tonight at the Reed Arena. The Aggies are 18-7 overall, 7-5 in the SEC and are currently tied for fourth in the SEC rankings, along with Florida, Georgia, and Vanderbilt. Texas A&M is hoping to stop their four game losing streak after losing their last game away to LSU by five points 71- 76 and one point to Alabama. The Aggies as a result lost their AP top 25 spot, currently ranked #26. Losing two SEC games was enough to have the Aggies drop 11 spots in USToday Coaches’ Poll  from 13th to 24th.

The Ole Miss Rebels on the other hand,  have a 16-9 record this season and are 6-6 in the SEC. The Rebels just came off a a 16 point win at home against Arkansas with a final score of 76-60. The Ole Miss Rebels are averaging 75.5 points per game on 42 percent shooting and allowing 72 points on 42.6 percent shooting. The Rebels leading scorer is senior guard Stefan Moody with 23 points per game, and also leads the team with 4. 2 assists per game. Junior forward Sebastian Saiz leads the team with 9.3 rebounds per game. The Rebels are shooting 33.3 percent from beyond the arc and 72.1 percent from the free throw line. The Rebels have also lost five of their last six road games.

Head coach of the Rebels, Andy Kennedy believes the team has to be on top of their game this week in order to defeat Texas A&M.  Kennedy also says the rebels know what they are in for and believes Texas A&M is a great team despite the loses.

The games at the end of the year usually come down to the last five minutes of the game. It is very important to have great offense and defense in order to win the game.

Both Texas A&M and the Ole Miss Rebels have a great team and it will be a battle on defense to see who will win the game.

Hello my name is Kaitlin Alexander, a passionate story teller and lover of sports. Fun facts about me: I am a world traveler, interviewed all three UF Heisman Trophy winners, and a former intern of Bleacher Report. Follow me on Twitter: KalexanderUF
@KalexanderUF
Previous SEC HOOPS PREVIEW: Vanderbilt at Mississippi State
Next High School Hoops: Boys And Girls In Playoff Action